I need a project. Something to rally around. To focus my random thoughts and obsessions on. Do you know that feeling?


Here is the beginning of a story I want to write about my father. At the moment it is merely a scattering of thoughts and notes. It could also just turn out to be another self-reflective blog post, but we'll see!


I think of my father as a pillar holding up the world.

My father was sick for six years.
March 24, 2011, he died in the morning sometime between 6:30 and 7:00am. I know because I was staying at the house and I got up twice to go to the bathroom. At the time, the unearthly sound of his breathing could be heard throughout the house. When I got up the second time, I noticed it was quiet, and I ran to my mother, sleeping on the couch, to say, I don't hear him anymore.

When people called on the telephone we used words like gone and passed. You didn't say he's dead, he died this morning. You said, he's gone, he's not with us anymore, it's over. When they took his body away, I have a clear memory of my mother crying, saying that the bed was still warm.

Every March I think about these things. Sometimes I forget it's March and can't figure out why I'm more depressed than usual.

My father was an amazing storyteller. Before he died, family members tried to record him telling his stories, but only a few got saved. He was fascinated by human behavior, and had experienced the world through many means. He was a NYC police detective for twenty five years. Born in Brooklyn, to parents whose parents were born in Sicily, and grew up in Little Italy. My grandmother worked at a candy factory in Brooklyn. We used to see the factory buildings from the Gowanus Expressway, and every time we crossed it my father would say, that's where grandma used to work. They lived in a two bedroom apartment where three brothers slept in the same bed.

My father grew up playing stick ball in the street, at a time when everybody on the block knew everybody, and looked out for each other. Everyone was an immigrant then. He was not prejudiced in any way, and was equally friendly and unimpressed by people of all walks of life. He could strike up a conversation with anyone, rich or poor, bad guy, good guy, criminal, movie star, celebrity. He had street smarts that outtalked the highest paid lawyers in New York, and was still the most humble person I've ever met. He was a writer, a thinker, and a seeker of truth. I helped him with a book he started writing once. I typed out his handwritten pages. People he knew were all getting movies made about their stories, and he had been part of some of the biggest criminal cases in the world.

When he got drafted into the army during Vietnam, his war was not a bloody one, it was a cerebral one. He was an MP, and his job was to stand guard and protect the perimeter of the camp. Alone in a hand built wooden hut staring into the jungle for hours through the night, waiting for enemy soldiers to appear. He told the story of that palpable fear, of hallucinating and trying to stay awake, of burning the trees and brush. He told the story of meeting God in that jungle. He wanted me to paint a picture of it, but I never thought there were enough materials in the world that could depict that kind of profound experience.

Since he died I have made some terrible decisions in my life, and have been involved in a succession of terrible relationships, all starting that fall in 2011. Looking back, although these different relationships were with seemingly very different people, I can see now that they weren't that different at all. In fact the similarities are jarring. I've thought this whole time that each of them pulled the rug out from under me in one way or another, but the truth is, there was never a rug there to begin with.

I think I've been searching for the safety and security of that pillar holding up my world. Maybe now that I realize this, maybe now I can finally grieve this loss properly and be my own pillar. I am my father's daughter, and I am proud of that. He was a man among men. He walked in love because he really believed it, without ever seeking or needing a reward for it.

March is said to come in like a lion and go out like a lamb. For me it has stayed a roaring lion all this time. I'm ready for the lamb. In all the losses I grieve for, suddenly I find myself grieving for him as if he just died.

I think my father would be disappointed at my rotten decision making, but I know he would still love me, because his love was unconditional. There were no conditions, or limits. He would walk to the ends of the earth for you, and he'd let you know it. He'd whistle, and sing you a song about it all along the way too. He had a song for everyone, and he was always singing it. One of the many songs he sang to me was Peggy Sue, which he changed to Sammy Sue. If you want to know how I know the words to every 1950-1960's oldies tune, my father is the reason! There's a picture of me at my last exhibition opening where I think I look a lot like him. More than anything, it's the expression on my face. It's a proud look, and it's the same way he looked at me so often throughout my life.

the patience of making art

Thank you Brainpickings for posting this this morning:

Rilke on the Lonely Patience of Creative Work 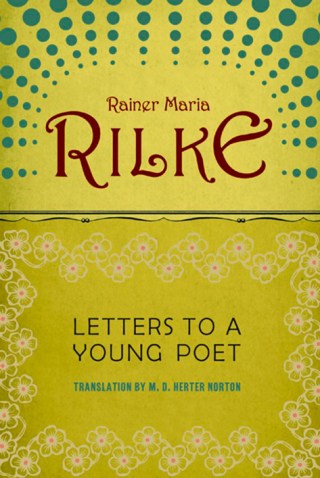 “The most regretful people on earth,” the poet Mary Oliver wrote in contemplating the artist’s task and the central commitment of the creative life, “are those who felt the call to creative work, who felt their own creative power restive and uprising, and gave to it neither power nor time.”
That is what Rainer Maria Rilke (December 4, 1875–December 29, 1926), another great poet with a philosophical bend and uncommon existential insight, explored a century earlier in the third letter collected in his indispensable Letters to a Young Poet (public library) — the wellspring of wisdom on art and life, which Rilke bequeathed to the 19-year-old cadet and budding poet Franz Xaver Kappus. 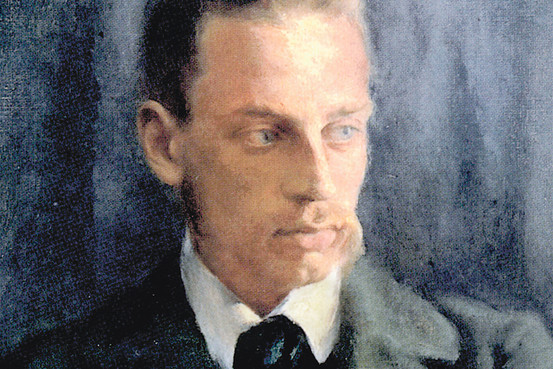 1902 portrait of Rainer Maria Rilke by Helmuth Westhoff, Rilke’s brother-in-law
Rilke’s first letter to his young correspondent had laid out his core ideas about what it takes to be an artist. Building upon that foundation in the third letter, he echoes his contemporary Franz Kafka’s assertion that “patience is the master key to every situation” and considers the master key to the creative life:

Being an artist means, not reckoning and counting, but ripening like the tree which does not force its sap and stands confident in the storms of spring without the fear that after them may come no summer. It does come. But it comes only to the patient, who are there as though eternity lay before them, so unconcernedly still and wide. I learn it daily, learn it with pain to which I am grateful: patience is everything!

The patience of making art is a lonely patience — one that demands the solitude essential for creative work, be it art or science, so widely recognized by creators across time and discipline. “Oh comforting solitude, how favorable thou art to original thought!” wrote neuroscience founding father Santiago Ramón y Cajal in considering the ideal environment for intellectual breakthrough. “Nourish yourself with grand and austere ideas of beauty that feed the soul… Seek solitude,” Eugene Delacroix counseled himself as a young artist in 1824. “Solitude, a rest from responsibilities, and peace of mind, will do you more good than the atmosphere of the studio and the conversations,” the young Louise Bourgeois counseled an artist friend in the following century, just as the poet May Sarton was exulting in her sublime ode to solitude: “There is no place more intimate than the spirit alone.” 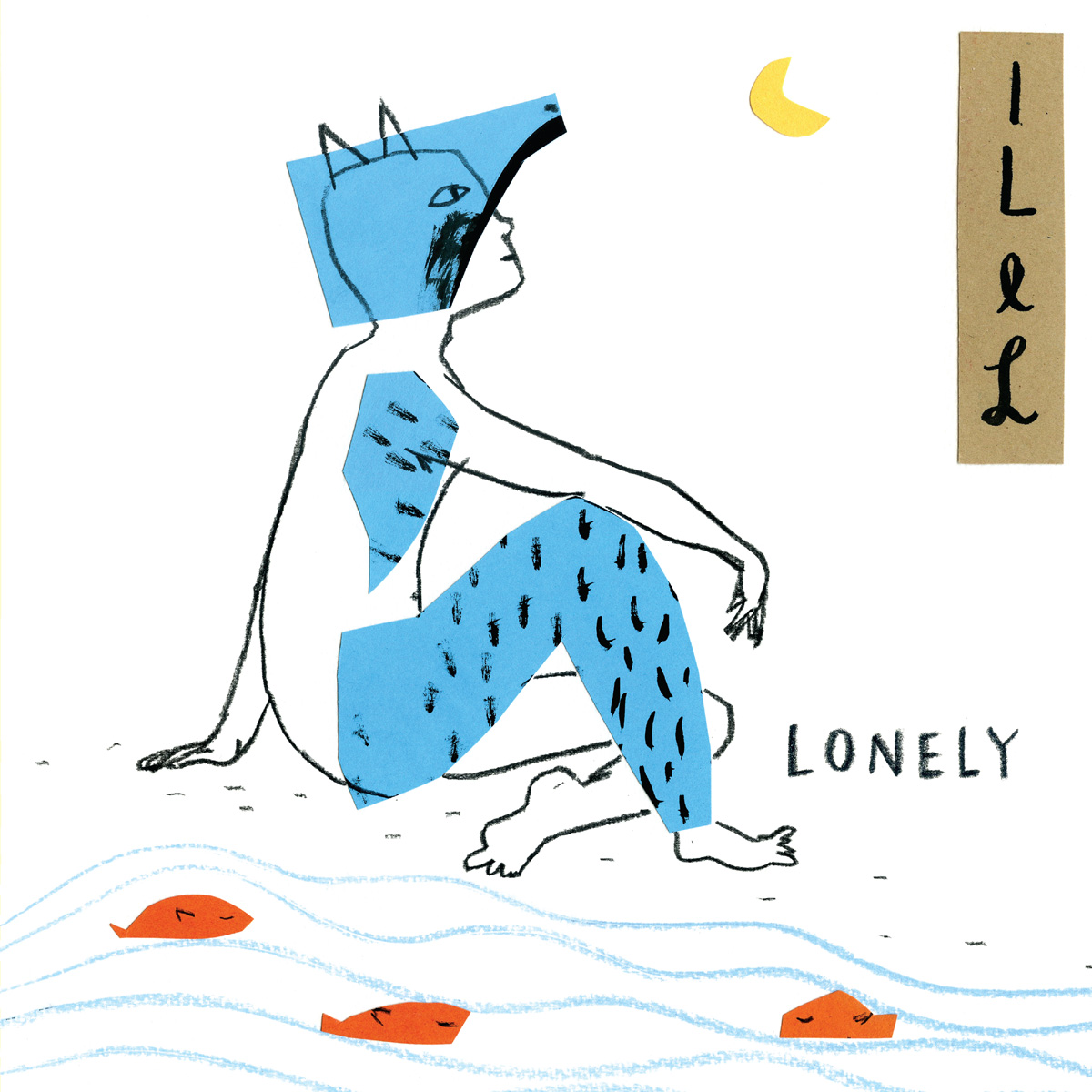 Art by Isol from Daytime Visions
Rilke articulates this vital incubatory solitude of creative work to his young correspondent in a sentiment of growing poignancy and urgency amid our age of instant and ill-considered opinions:

Leave to your opinions their own quiet undisturbed development, which, like all progress, must come from deep within and cannot be pressed or hurried by anything. Everything is gestation and then bringing forth. To let each impression and each germ of a feeling come to completion wholly in itself, in the dark, in the inexpressible, the unconscious, beyond the reach of one’s own intelligence, and await with deep humility and patience the birth-hour of a new clarity: that alone is living the artist’s life: in understanding as in creating.

He echoes Goethe’s largehearted, increasingly needed wisdom on the only appropriate response to the creative labors of others and writes:

Works of art are of an infinite loneliness and with nothing so little to be reached as with criticism. Only love can grasp and hold and be just toward them.

Letters to a Young Poet — which also gave us Rilke on what it really means to love, the life-expanding value of uncertainty, and why we read — remains one of the most beautiful, profound, and timeless works ever composed. Complement this particular portion with Rachel Carson on writing and the loneliness of creative workand Virginia Woolf on the relationship between loneliness and creativity, then revisit Rilke on the nature of creativity.