Lately the word culture has been coming up a lot.

As an artist I am wholly concerned with perception, that very subjective notion of any given thing. It's my job as a painter to sway the viewer's perception one way or another. To bring my personal viewpoint to their world. Painting after all is an illusion, and even if the painting is more about the object itself than the illusion, you still must address the viewer's awareness of these things.

I'm finding out that perception is what makes the world go round, and is the answer to most of my questions.

So here is the word culture, that has a myriad of subjective meanings.

I've been using the word culture in my life in pretty much one specific way; as a broad term for anything art related such as the opera, the ballet, art institutions like galleries and museums, live music, the theater. When I talk about living in an area with nothing cultural going on those are the types of things I'm referring to. My thesaurus complies by telling me that culture suggests a certain education and sophistication and cites words like erudition and gentility.

Recently, however, it's occurred to me that my awareness and use of this term culture has been quite limited. It came about while I was watching a documentary where the person being interviewed was describing her childhood as culturally Jewish even though she did not believe or practice Judaism in any way.

I thought how stupid of me that I'd never used the word culture in that sense, although I'm sure I've described it that way without realizing it.

This could be a duh moment for some of you reading this, but bear with me...

The revelation to me is that I've been complaining about a lack of culture in my life without recognizing that it's this true multilayered meaning of the word that I'm really protesting. The culture I seek is less about the institutions it inhabits and more about an entire community lifestyle, traditions, habits and ways of living, ways of thinking, dressing, and talking. It can now be the simple answer to everyone's question of why are you moving.


My husband and I have always created our own culture, or to put it another way, have taken our culture with us wherever we went. We've initiated art galleries and music festivals, happenings and events in every town we've lived in. We've formed alliances with every cultured group we could find or invent, yet we still haven't found what we're looking for. (thanks Bono for getting that song stuck in my head) Now that we're moving, it's nerve wracking to expect so much from one little unknown dot on a map. It's hard to know what we'll find, but it makes me feel better that at least we know what we're looking for. When people ask why we're moving now I can simply say... CULTURE

It may not always start in the art studio, but somehow, eventually, it all gets there!

..been going to the local library a lot lately.

Being that to me the local indicates Manahawkin New Jersey, you have to understand that there are not a whole lot of cultural reading materials available (and I'll get to that word cultural in another post I'm working on). The only art books are on knitting, crafts, and the most general art history chronologies. Occasionally there'll be something so unexpected you'd think someone slipped it in there when no one was looking- A rare head turner like Gerhard Richter: Panorama by Achim Borchardt-Hume, which I've taken out twice already. 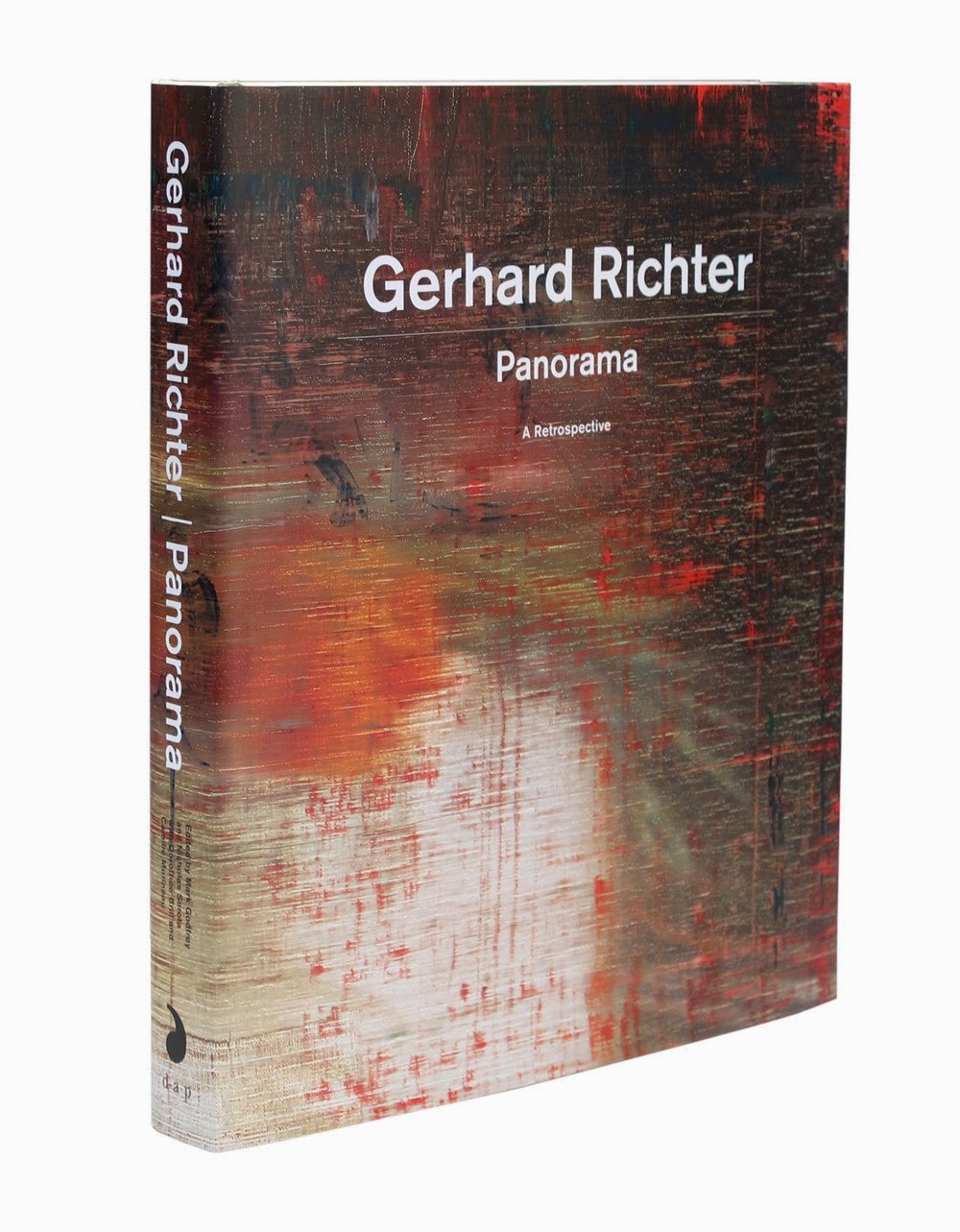 One has to get truly creative when poring through the non-fiction shelves, and amazing as it is there are plenty of gems to be found. You just have to look.

Lately I've been looking in the cooking section and other random areas. 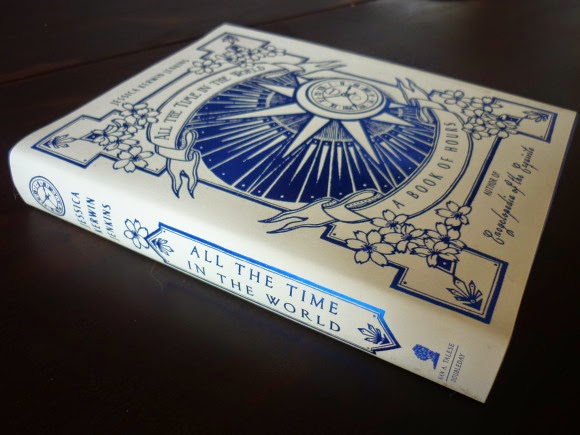 My new absolute favorite book to read before going to bed, and one I'm hoping I can somehow permanently renew, is All the Time in the World: A Book of Hours by Jessica Kerwin Jenkins.

I think I accidentally picked it up because I thought part of the title was "Encyclopedia of the Exquisite" which peaked my interest, but it turns out I didn't notice the words "Author of" above that. Either way, it is just as well an encyclopedia of the exquisite with every chapter a remarkable tidbit of life from every era, genre and subject in the world, like "feasting on fresh crab" at 12:50pm in China's Ming era (1368-1644), and Henry David Thoreau breaking from his solitude every day to eat lunch at his mother's house, 12:20pm. The author's incredible wealth of knowledgeable information, not to mention wit and charm, is very contagious and has prompted me to pull a few forgotten gems from my own dusty bookshelf.

Cooking with Italian Grandmothers by Jessica Theroux has been another pleasant surprise and has prompted me to seriously consider writing a cookbook with my own 91 year old Italian grandmother. What I really liked about the stories had much less to do with cooking than with the art of living itself. And of course I couldn't help but relate some of the author's challenges to some of those I face in the art studio.

Last but not least this week I picked up The French Women Don't Get Fat Cookbook by Mireille Guiliano. A little revelation by a woman who used to run one of the most successful champagne companies in the world. I've always felt that a cookbook is only as good as the stories the cook can tell about the food they're making, and here I was captured by the author's charming childhood memories of France. The most endearing character in the book was not breakfast lunch or dinner but lovely Tante Berthe who reminded me a lot of my great aunt Edith. The first recipe in the book is called Magical Breakfast Cream and is said to keep you satisfied for half the day and healthy as can be. So I tried it. I kept checking to see if I'd forgotten something because it was, well, not exactly what I was expecting. Anyway, today for lunch I decided to give it another try after reading about all the variations one could attempt. Delicious!

So here is my version of
Magical Breakfast Cream:

I know I know, what does magical breakfast cream have to do with art, right? Well, all I can say is, these things are part of an art wrestler's life too. Sometimes we're led to find truth and meaning in roundabout ways. It may not always start in the art studio, but somehow, eventually, it all gets there!

How do artists adjust to instability and changing environments?

well, here is some 'life' for my blog about art and life:

All signs are pointing towards us finally selling our house. It certainly isn't a done deal yet as we've been at this point before, but we're hoping for the best, me and the family...

With that said, I just came across a blog about how to stay creative on the go. Interestingly it had really nothing to do with creativity at all and more to do with what to pack in your backpack, but it got me thinking: how will I manage to keep my work going through the next few months?

How do artists adjust to instability

I've always wanted to be one of those artists who walked around with a bag full of art supplies ready to go. You know, like a photographer with their camera, only with pencils and paper and paint and brushes that I could whip out on the fly. Inspiration could hit at any moment and I'd be like wow, look at that amazing tree or crack in the sidewalk etc. At one point I did assemble a little plastic backpack full of drawing materials just to take around with me. Truth be told, that backpack has taken quite a few trips-
shoved under my painting table, buried in the closet, and flung on the studio floor, still unused.

I just don't think I'm much of an on-the-fly kind of artist.

It's hard to stay focused on so many things at once. I've been so caught up in this house selling thing I feel like I'm getting the evil eye from my works in progress. The other night I went in the studio just to swish some paint around so I wouldn't feel so guilty, but I don't think it made much of an impression. Although this past year I managed to undertake quite a few diverse projects at once, they were mostly very low key and tidy, and I've only recently been able to get back to my oil paint in all of its glorious untidiness.

What can I say- this is life. On the one hand I have no deadlines looming, and with that the obvious implications; on the other hand, it is a great luxury to be able to come and go as I please.

At some point I know I will have to wash my oily brushes out. For the moment I will pretend to keep working, at least until I am forced to start packing up the room.

Hopefully I won't bore you with a bunch of moving house photos, before and afters, etc.
But I am excited to find and make a new studio space, and that I'll keep you posted on!