Walter Mitty is an interesting guy.

I have to say I loved the movie. I saw it last night. Although I've heard complaints that it's yet another remake of a perfectly good movie, which I'd usually agree with, (I didn't know it was a remake, but in order to give it a proper opinion I found the 1947 Danny Kaye version online and watched it today) in this case I much prefer the remake. Although the original was silly and very entertaining in a 1947 Danny Kaye kind of way, the newer movie had much more depth. Completely subjective, of course, as every movie hits you just at that certain moment of your life. It helped a lot that I have very fond memories of my brother's Stretch Armstrong. We also reference Pony Boy on a daily basis in my house, and my husband and I just had a conversation an hour before about living in the moment which the movie is all about. It was inspiring, made me want to take an airplane someplace.

The reason I mention this here is that it also made me think a lot about my artwork. This past year my artwork has been all about being in the moment.

I've attempted for the first time to go with the flow and allow the materials to dictate my process as opposed to the other way around. I used to take a lot of time mentally planning what my next painting series would be. I'd gather all my reference pictures that I've been gathering for years. I'd contemplate what worked and what didn't work from the last series and what was I really trying to say, etc.

This past year I scrapped all of that. It's been all about using readily available materials that I find interesting, working on a much smaller scale, making handmade things that literally fit in my hand, using what I'm good at and what I enjoy, fine tuning what interests me visually, going back to the basics of color and line and texture. It's been fun, and a lot like watching Walter Mitty dream about something so much that it becomes a reality.


Being an artist is all about this fine tuning of what you dream about, what your art can be, what you want it to do for you or say about you...

There have been times when I've questioned why some of the artwork I love to look at is so opposite of what I make myself. Part of that has led me to dream bigger dreams, and not get caught up in my own bad habits. If I'm not enjoying my work I can't expect anyone else to and if I'm not totally interested and excited by it no one else will be either.

So, one of my new year's resolutions this year is to see these projects through even if they don't seem like they're going anywhere. Keep on working...until they become something I want them to.


Here's my year of artwork in review: 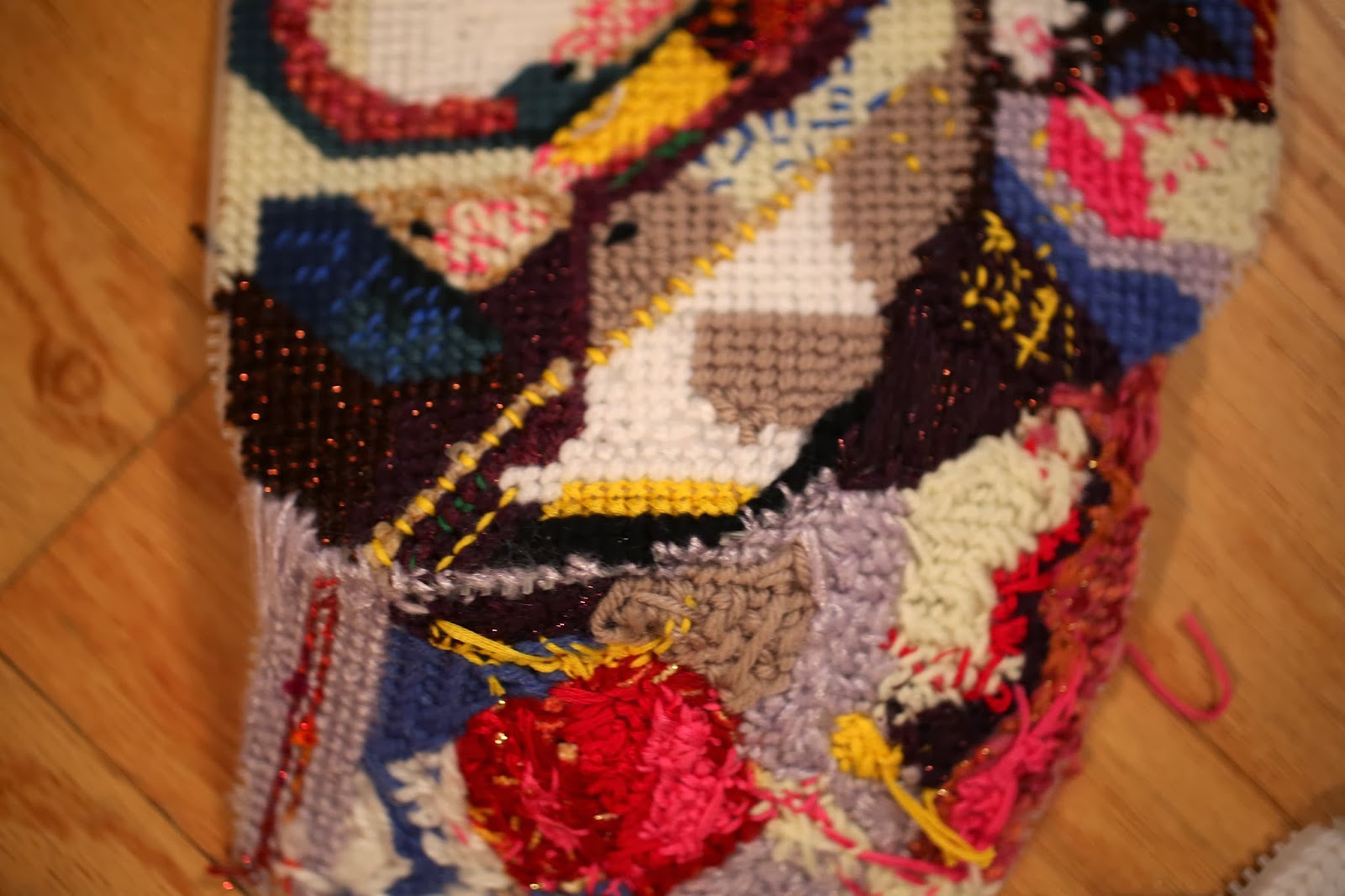 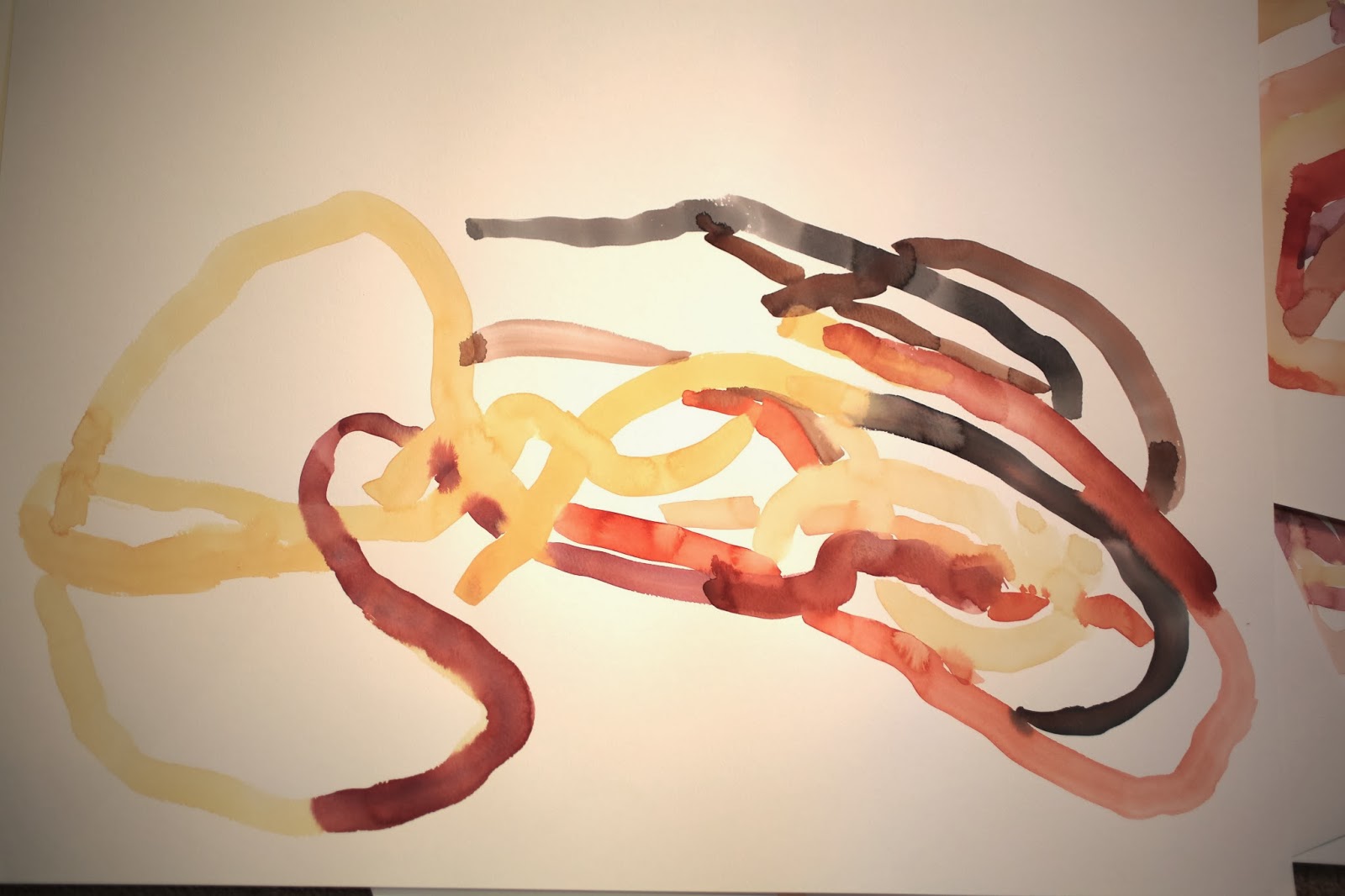 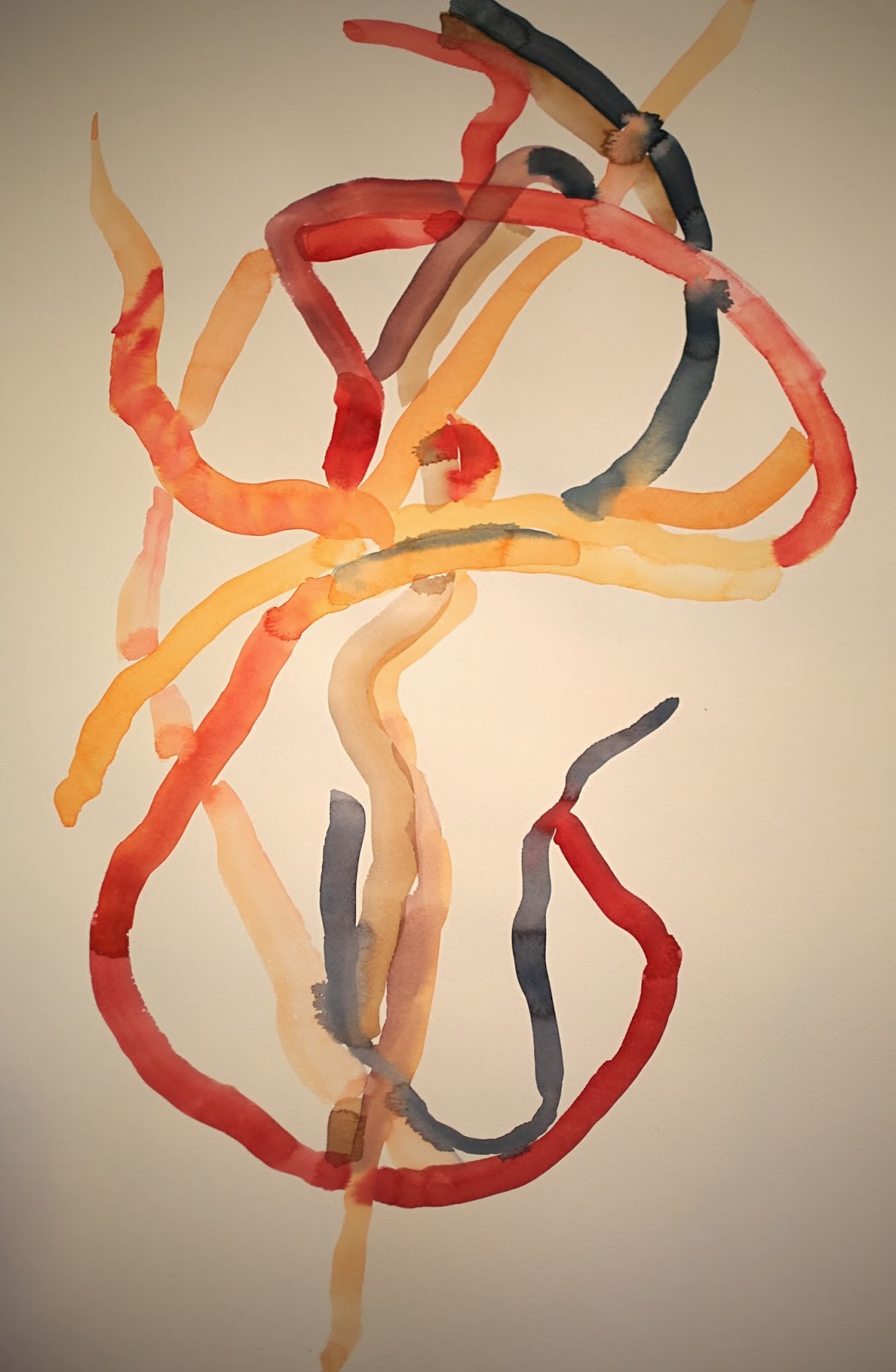 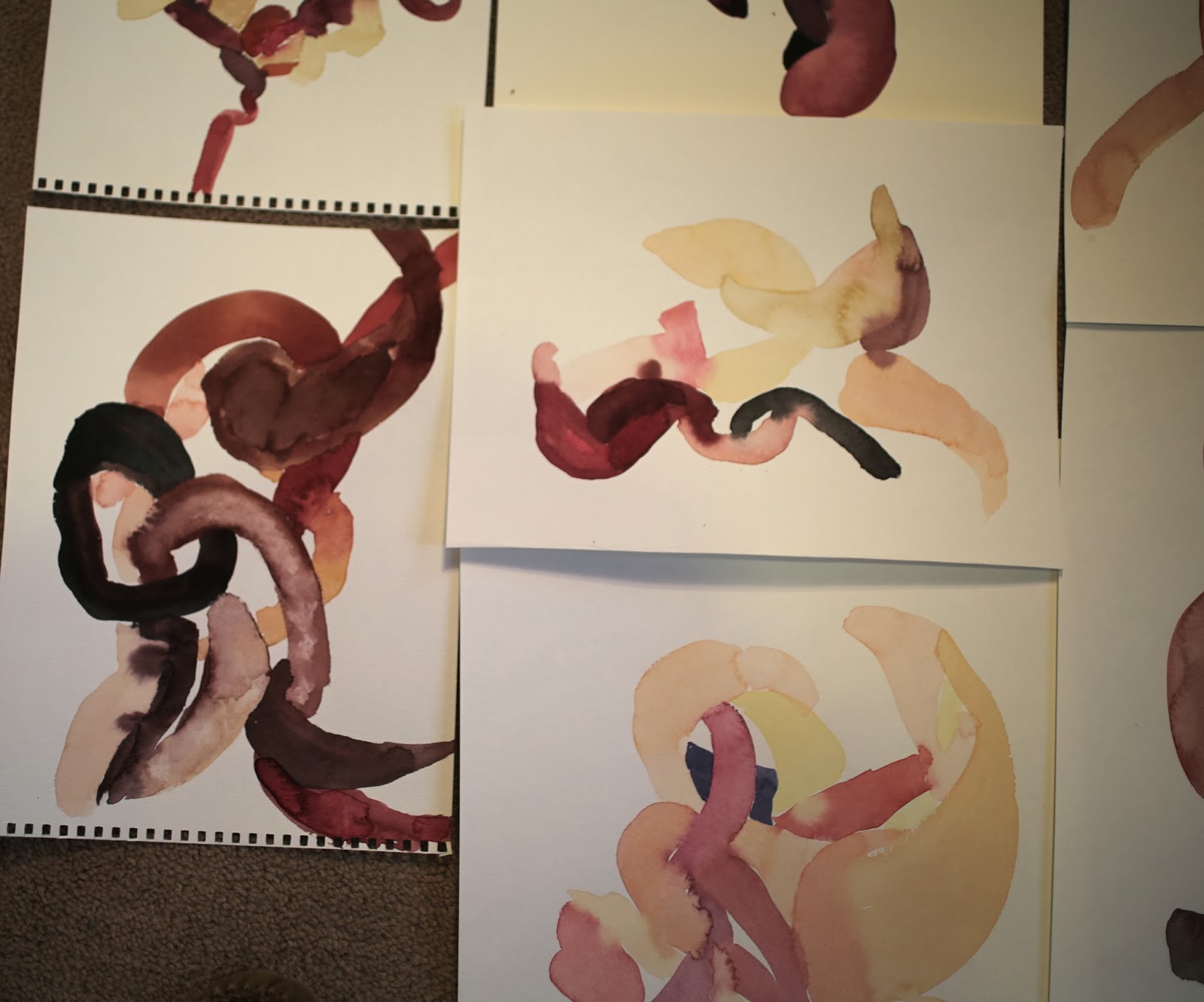 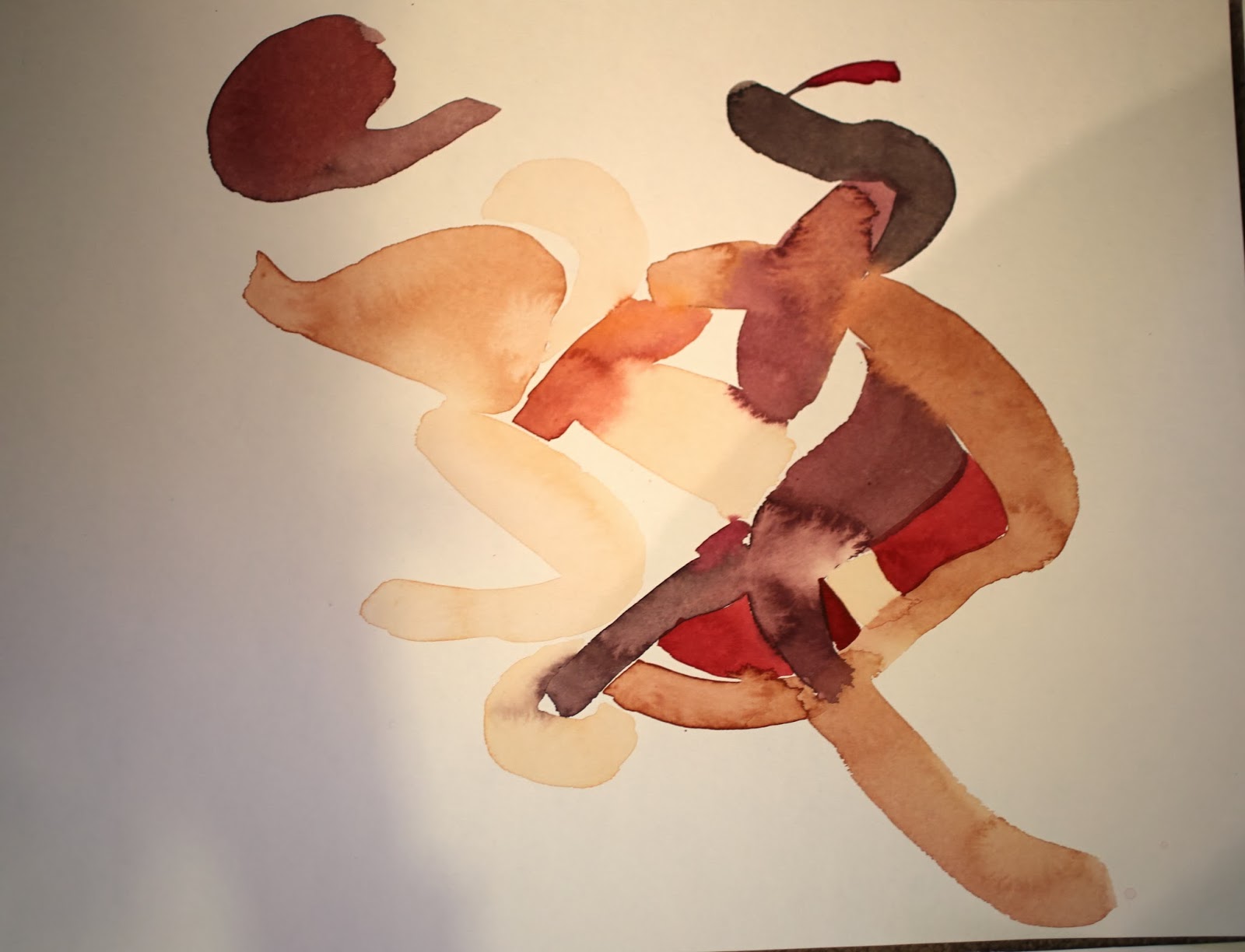 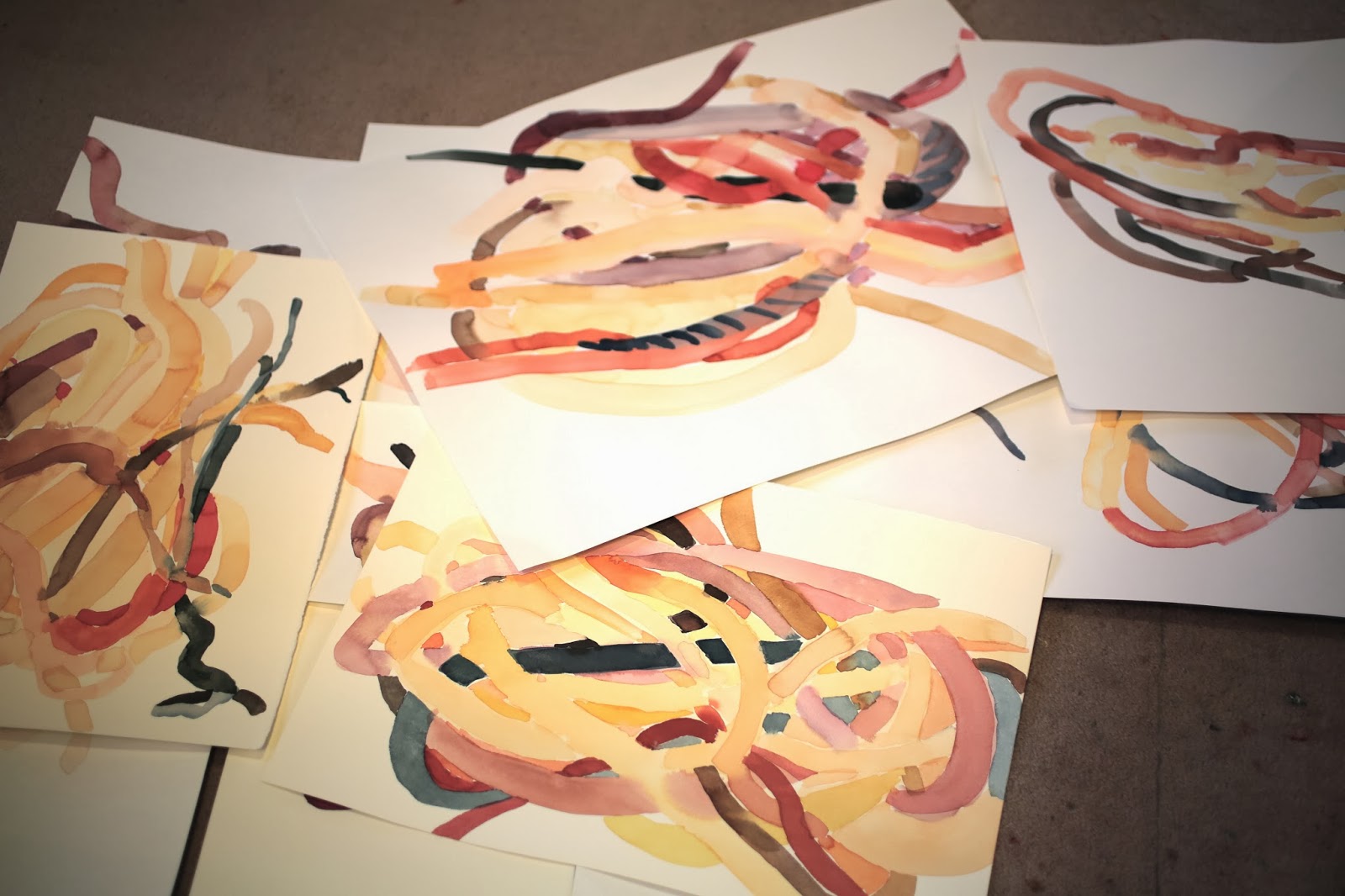 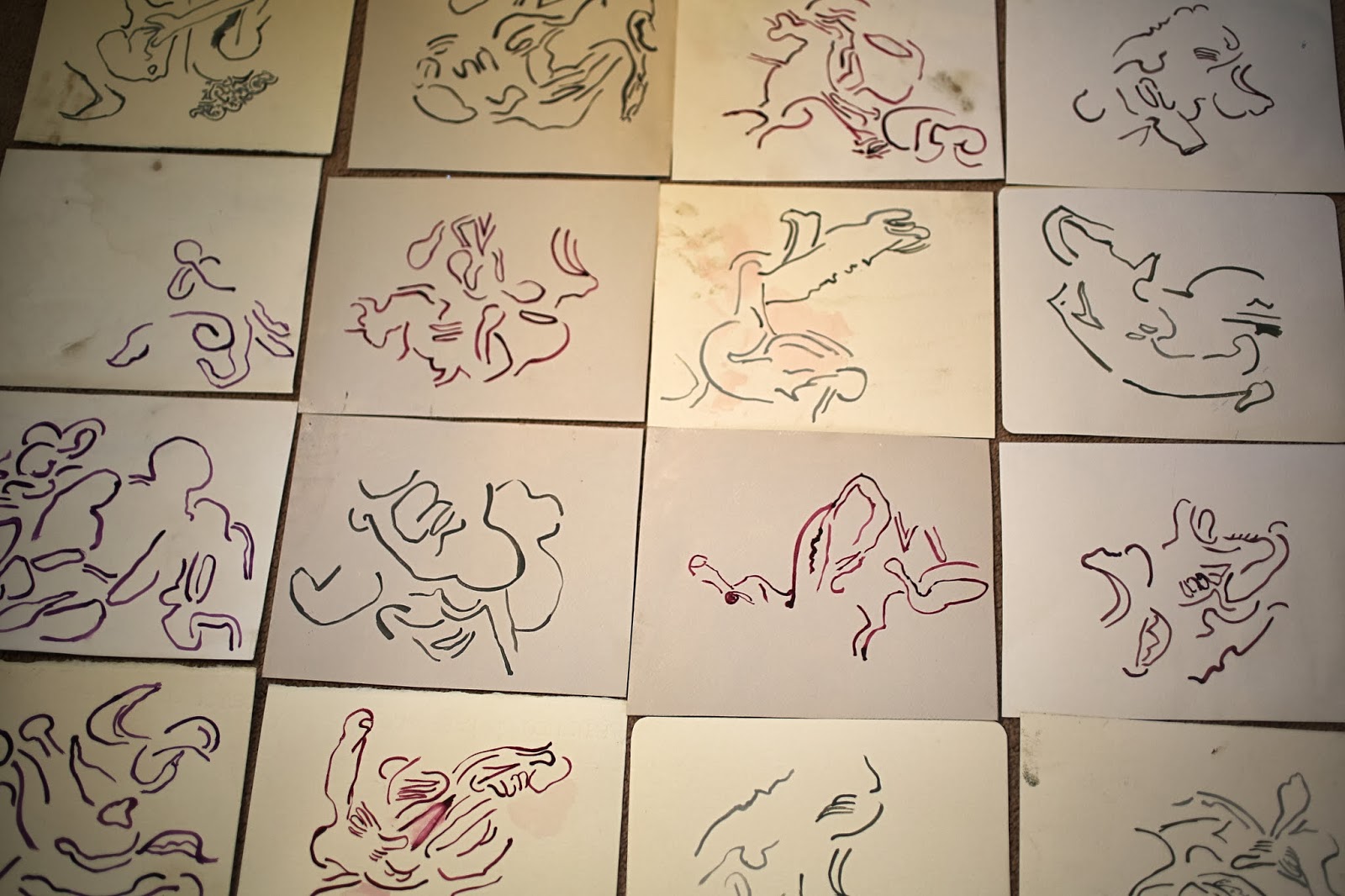 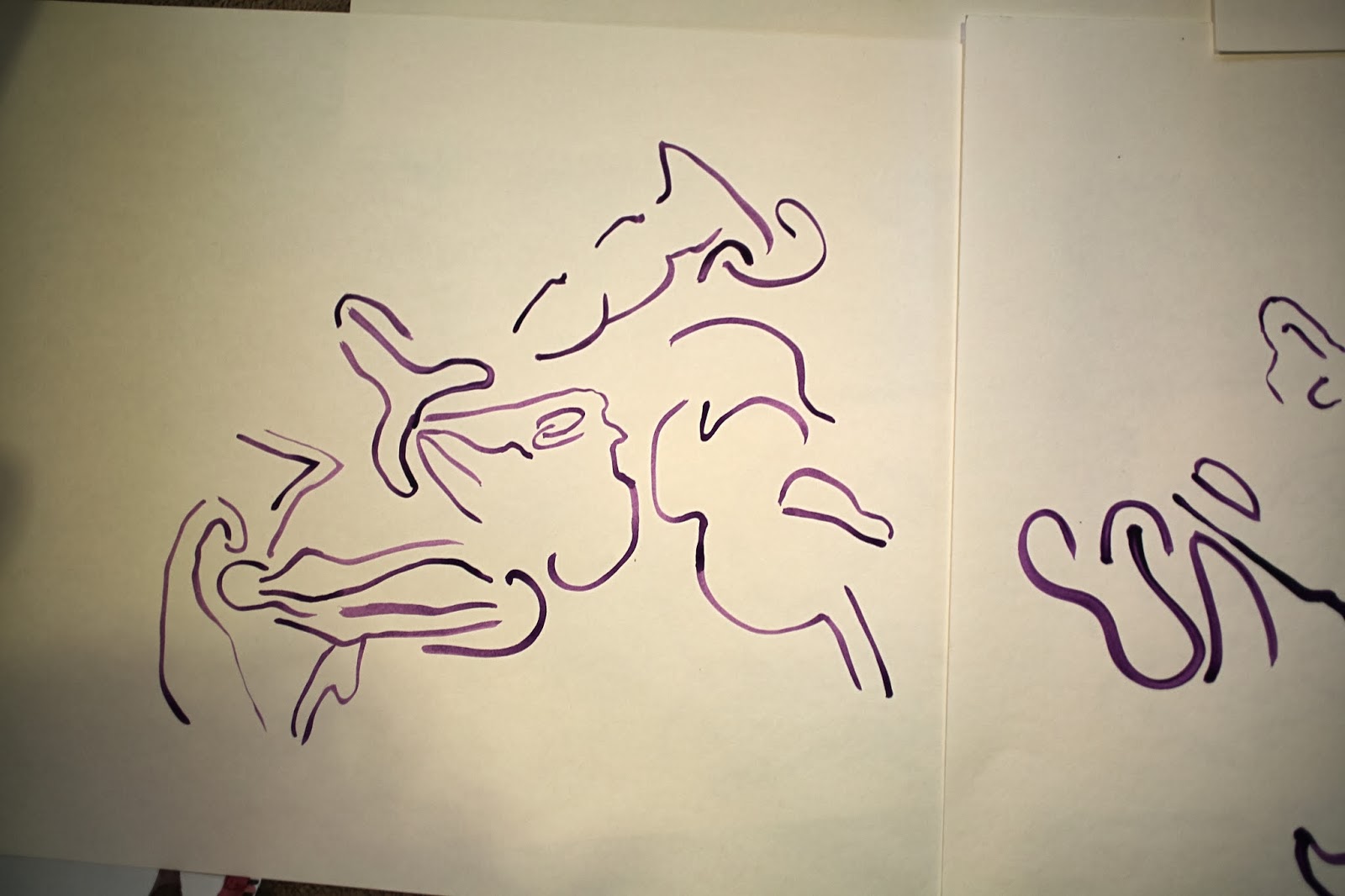 a few of my favorite things

'Tis the season of
t h i n g s
after a week of shopping, looking and figuring out what to tell people I want for Christmas, I'm naturally taking stock of the things I already have and love.
Here's a closer look at some of my favorite things~

Posted by Samantha Palmeri No comments:
Email ThisBlogThis!Share to TwitterShare to FacebookShare to Pinterest
Labels: Christmas

Advice for the New Year


It feels like I just wrote my new years resolutions for 2013.

It has been a whopping year filled with more dynamic events than usual. I turned 40 this year. I closed my business. Dealt with the after-math of Hurricane Sandy. And watched our dream house get sold to someone else...

On the other end, I also had a wonderful summer and fall this year... I learned to relax. I climbed a mountain. Got healthy. Went on vacation. Visited California. Spent real time with my family. Began new directions with my artwork. Saved money. Felt good.

I know the greatest moments I had this year would never have felt so good if the worst moments weren't so bad. I think.. I may have.. learned something. Ha.

Here it is, advice to myself for 2014 and anyone else who might be listening: 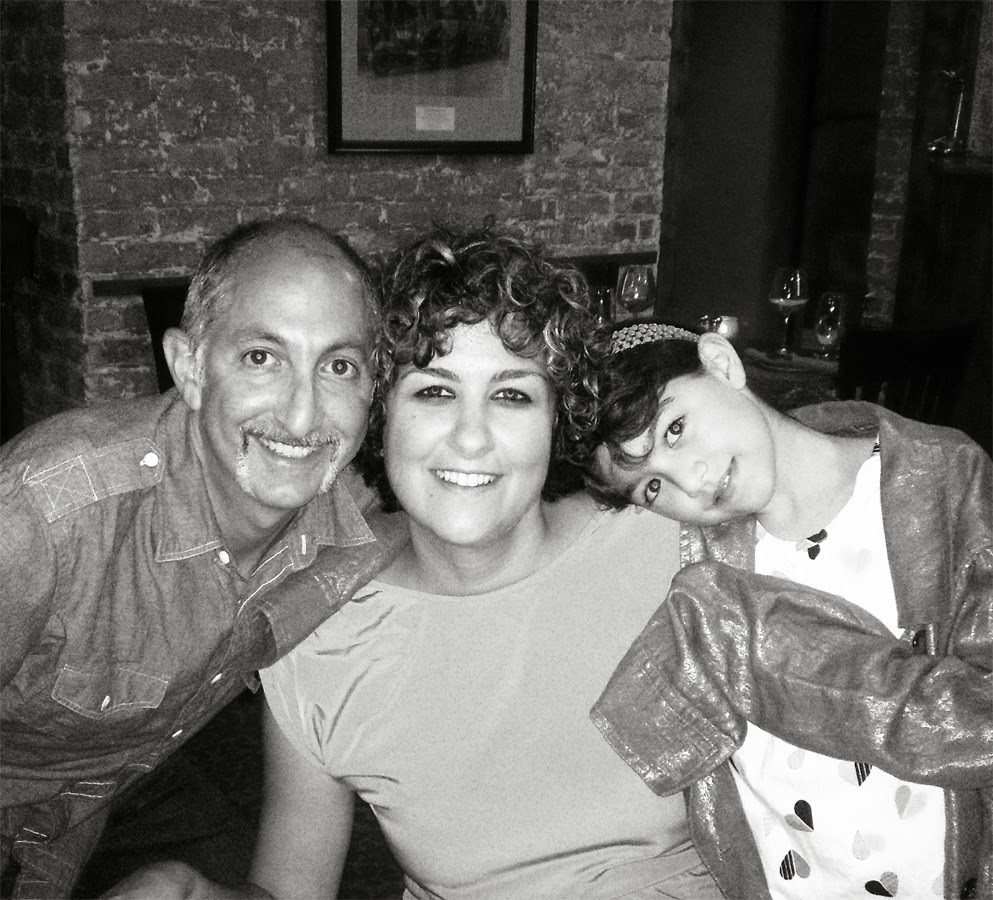 Happy Festivities everyone & Happy New Year!
Thanks for reading...

I'm making my Christmas list and checking it twice.
Hopefully Sharon Loudon's new book Living and Sustaining a Creative Life
will soon be added to my collection! 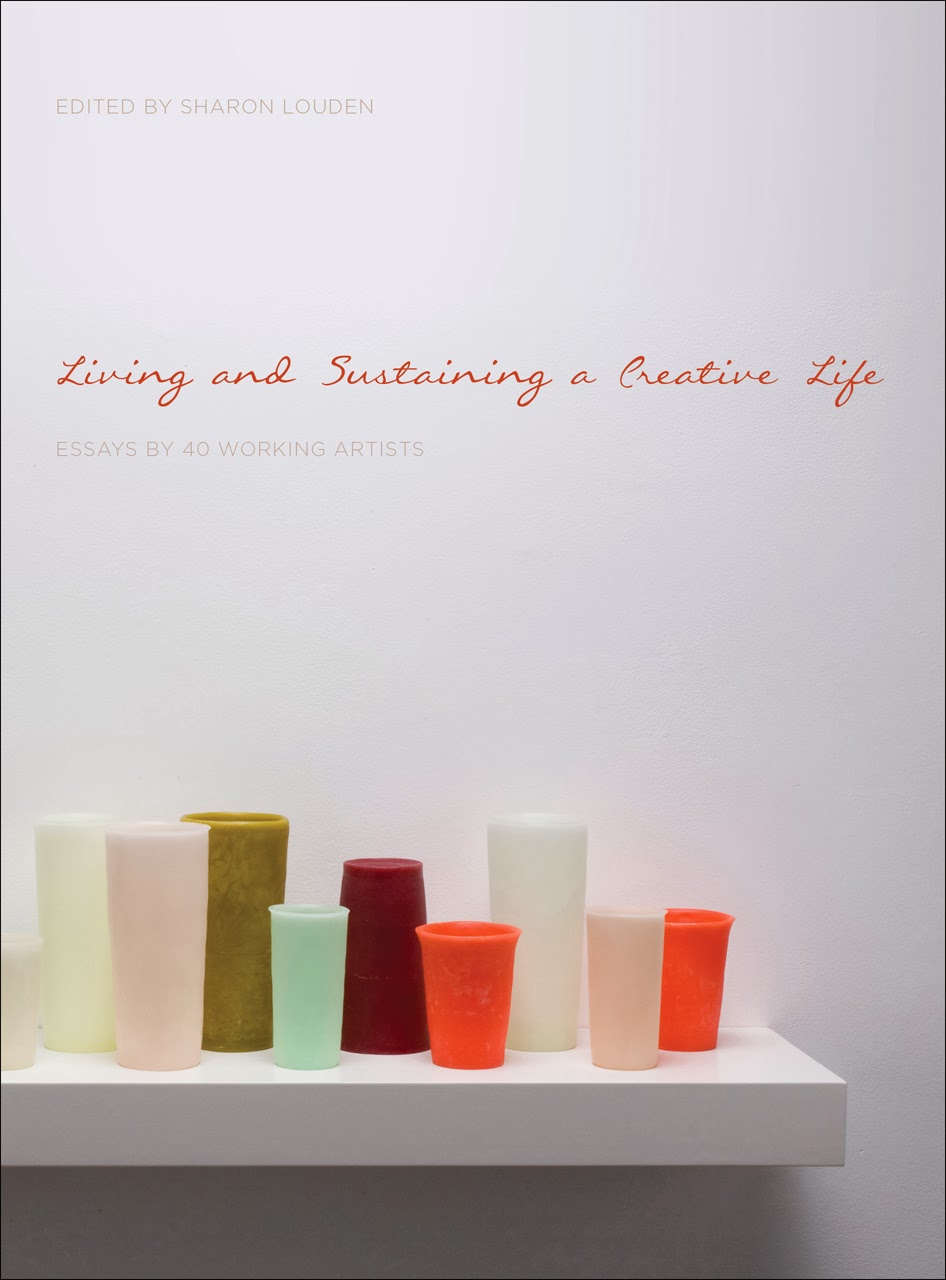 Here are a few others from my pile
all about artists, their studios, memoirs, & interviews 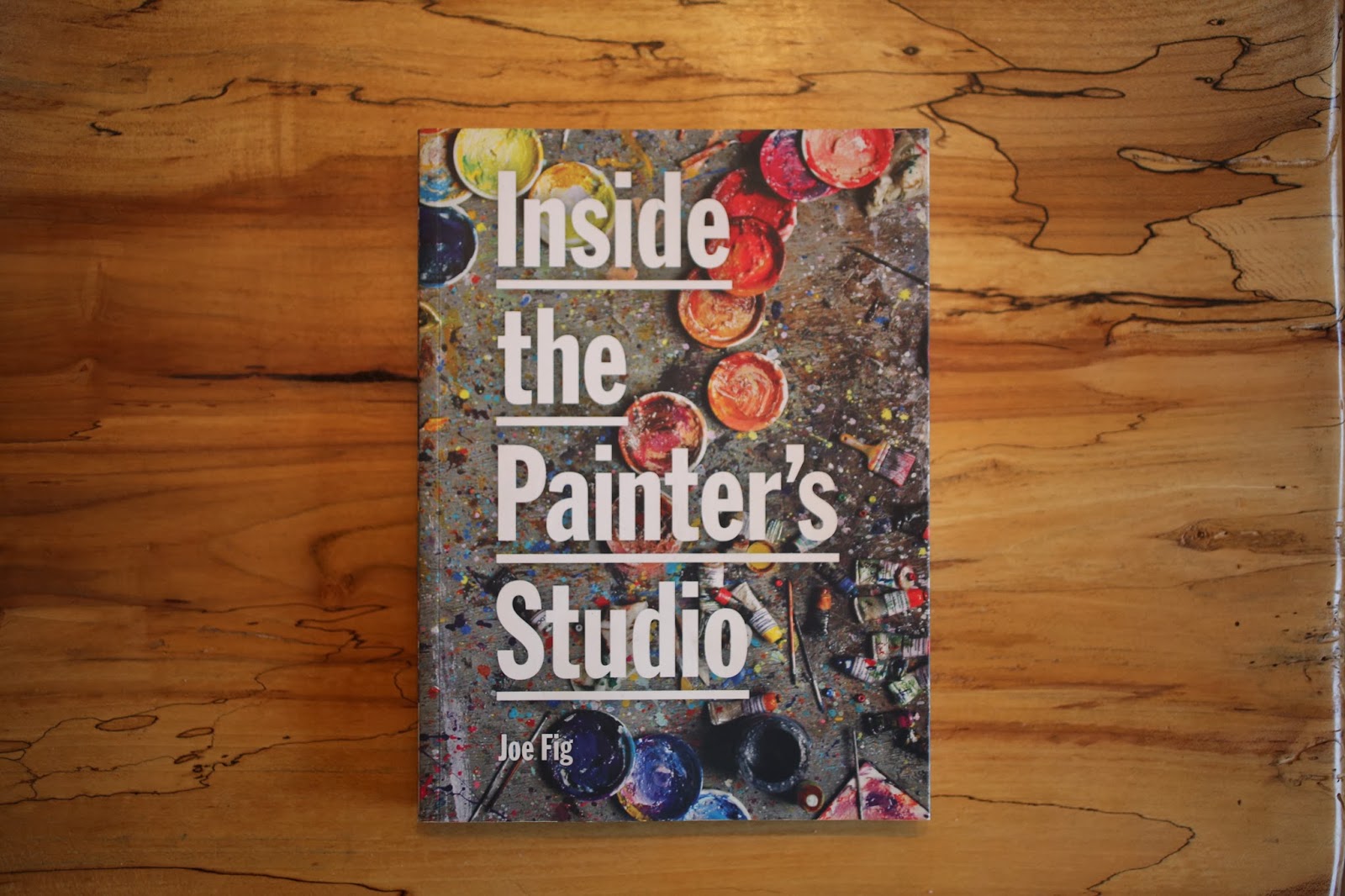 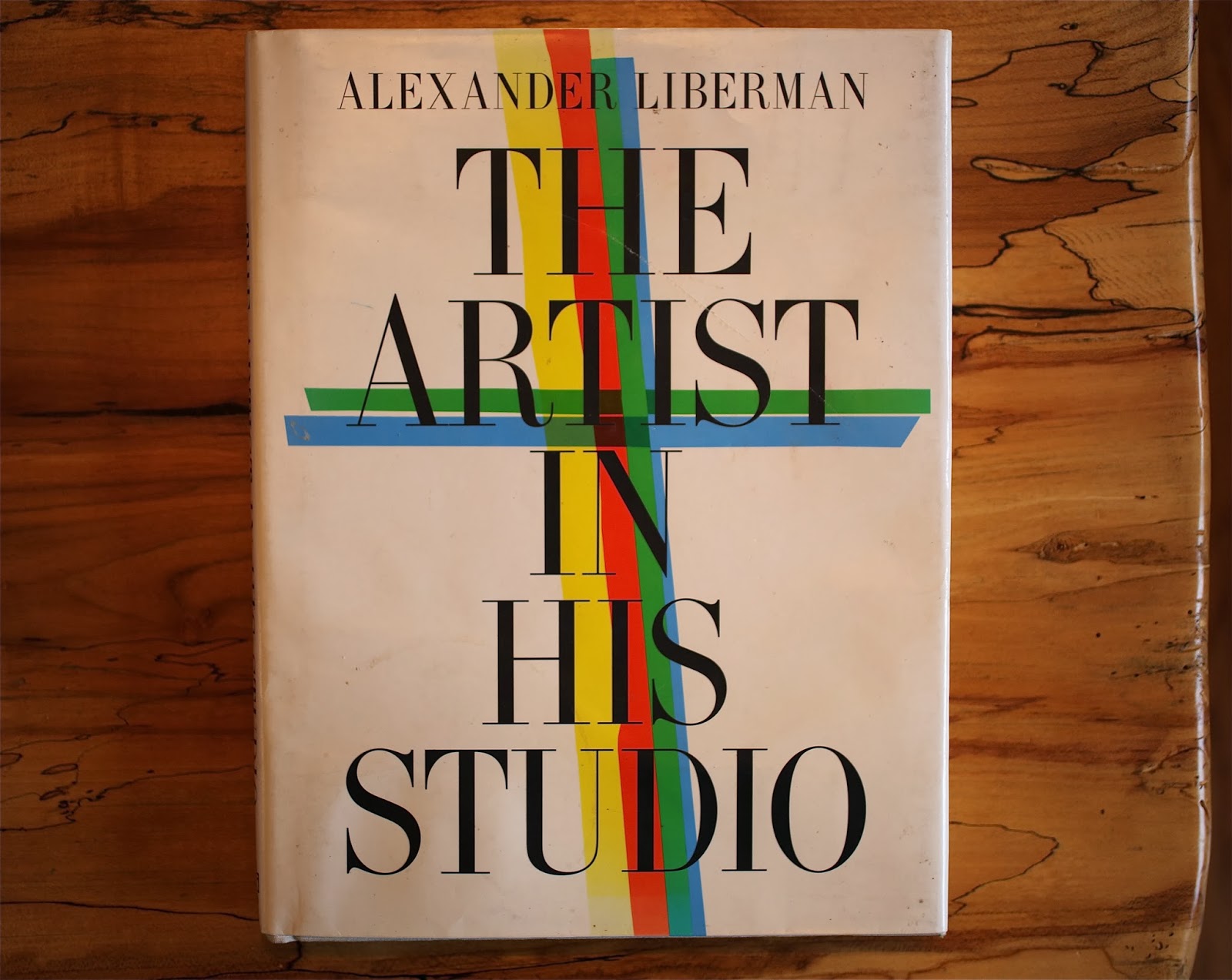 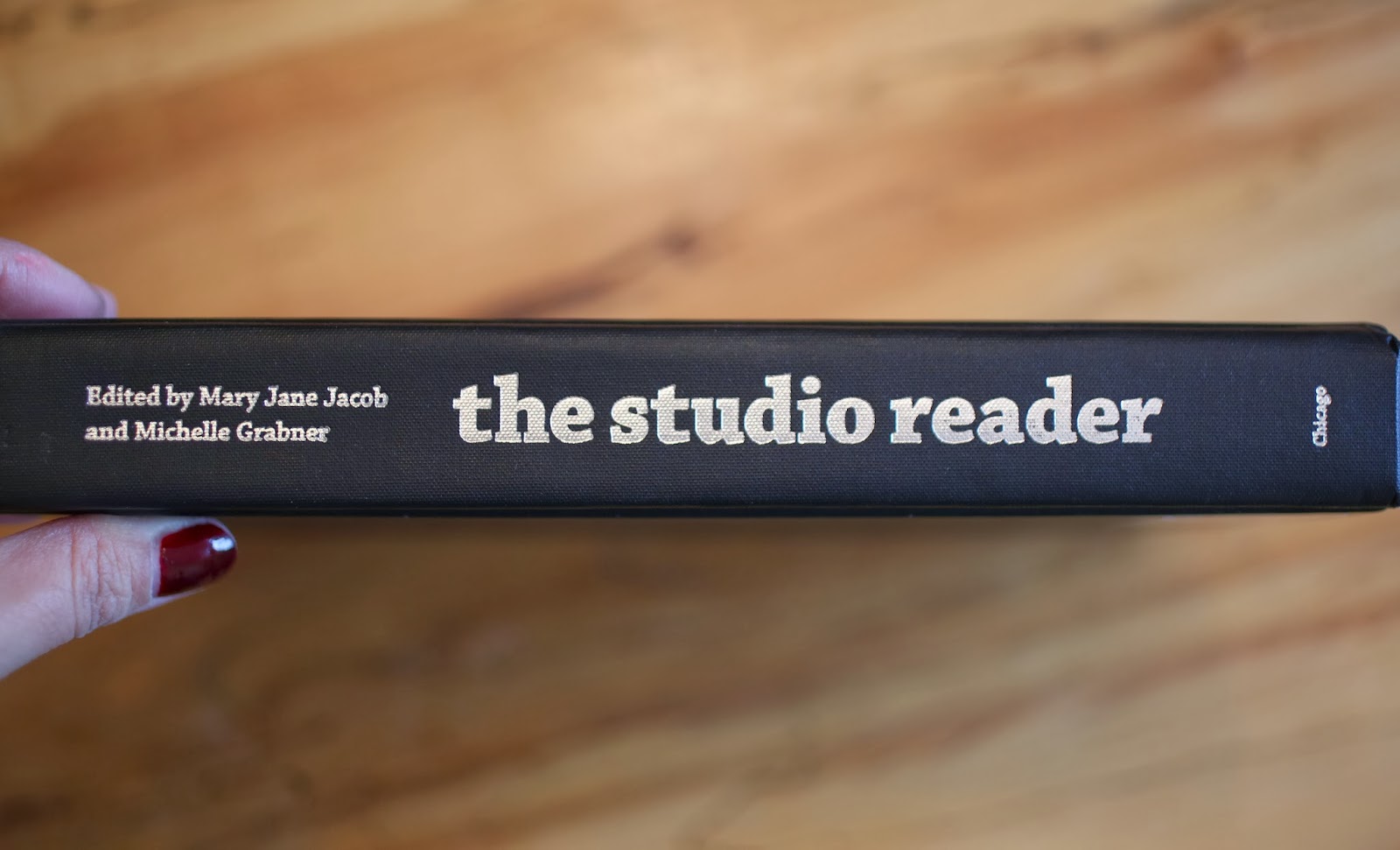 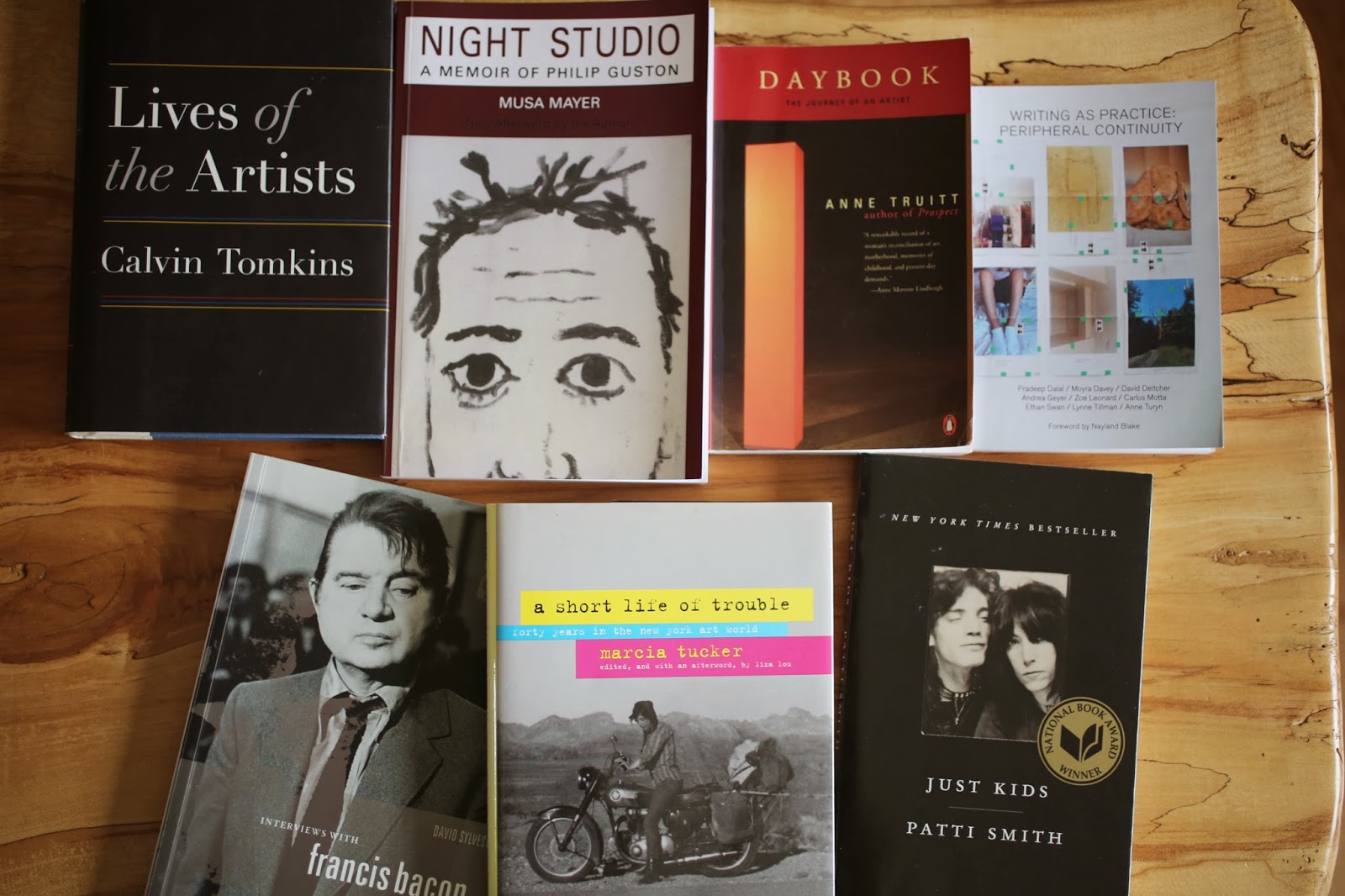 all great books by the way


It’s all a lie. This is the thing about creativity that is rarely acknowledged: Most people don’t actually like it. Studies confirm what many creative people have suspected all along: People are biased against creative thinking, despite all of their insistence otherwise.

“We think of creative people in a heroic manner, and we celebrate them, but the thing we celebrate is the after-effect,” says Barry Staw, a researcher at the University of California–Berkeley business school who specializes in creativity.

Staw says most people are risk-averse. He refers to them as satisfiers. “As much as we celebrate independence in Western cultures, there is an awful lot of pressure to conform,” he says. Satisfiers avoid stirring things up, even if it means forsaking the truth or rejecting a good idea.

Even people who say they are looking for creativity react negatively to creative ideas, as demonstrated in a 2011 study from the University of Pennsylvania. Uncertainty is an inherent part of new ideas, and it’s also something that most people would do almost anything to avoid. People’s partiality toward certainty biases them against creative ideas and can interfere with their ability to even recognize creative ideas.

A close friend of mine works for a tech startup. She is an intensely creative and intelligent person who falls on the risk-taker side of the spectrum. Though her company initially hired her for her problem-solving skills, she is regularly unable to fix actual problems because nobody will listen to her ideas. “I even say, ‘I’ll do the work. Just give me the go ahead and I’ll do it myself,’ ” she says. “But they won’t, and so the system stays less efficient.”

In the documentary The September Issue, Anna Wintour systematically rejects the ideas of her creative director Grace Coddington, seemingly with no reason aside from asserting her power.


Social rejection is not actually bad for the creative process—and can even facilitate it.

This is a common and often infuriating experience for a creative person. Even in supposedly creative environments, in the creative departments of advertising agencies and editorial meetings at magazines, I've watched people with the most interesting—the most “out of the box”—ideas be ignored or ridiculed in favor of those who repeat an established solution.

“Everybody hates it when something’s really great,” says essayist and art critic Dave Hickey. He is famous for his scathing critiques against the art world, particularly against art education, which he believes institutionalizes mediocrity through its systematic rejection of good ideas. Art is going through what Hickey calls a “stupid phase.”

In fact, everyone I spoke with agreed on one thing—unexceptional ideas are far more likely to be accepted than wonderful ones.

Staw was asked to contribute to a 1995 book about creativity in the corporate world. Fed up with the hypocrisy he saw, he called his chapter “Why No One Really Wants Creativity.” The piece was an indictment of the way our culture deals with new ideas and creative people:

In terms of decision style, most people fall short of the creative ideal … unless they are held accountable for their decision-making strategies, they tend to find the easy way out—either by not engaging in very careful thinking or by modeling the choices on the preferences of those who will be evaluating them.

Unfortunately, the place where our first creative ideas go to die is the place that should be most open to them—school. Studies show that teachers overwhelmingly discriminate against creative students, favoring their satisfier classmates who more readily follow directions and do what they’re told.

Even if children are lucky enough to have a teacher receptive to their ideas, standardized testing and other programs like No Child Left Behind and Race to the Top (a program whose very designation is opposed to nonlinear creative thinking) make sure children’s minds are not on the “wrong” path, even though adults’ accomplishments are linked far more strongly to their creativity than their IQ. It’s ironic that even as children are taught the accomplishments of the world’s most innovative minds, their own creativity is being squelched.

All of this negativity isn’t easy to digest, and social rejection can be painful in some of the same ways physical pain hurts. But there is a glimmer of hope in all of this rejection. A Cornell study makes the case that social rejection is not actually bad for the creative process—and can even facilitate it. The study shows that if you have the sneaking suspicion you might not belong, the act of being rejected confirms your interpretation. The effect can liberate creative people from the need to fit in and allow them to pursue their interests.

Perhaps for some people, the pain of rejection is like the pain of training for a marathon—training the mind for endurance. Research shows you’ll need it. Truly creative ideas take a very long time to be accepted. The better the idea, the longer it might take. Even the work of Nobel Prize winners was commonly rejected by their peers for an extended period of time.

Most people agree that what distinguishes those who become famously creative is their resilience. While creativity at times is very rewarding, it is not about happiness. Staw says a successful creative person is someone “who can survive conformity pressures and be impervious to social pressure.”
To live creatively is a choice. You must make a commitment to your own mind and the possibility that you will not be accepted. You have to let go of satisfying people, often even yourself.


Jessica Olien is a writer and illustrator living in Brooklyn, N.Y. You can follow her on Twitter at @jessicaolien.
Posted by Samantha Palmeri No comments:
Email ThisBlogThis!Share to TwitterShare to FacebookShare to Pinterest
Labels: Jessica Olien, slate.com

Christmas at my house

every year during the holiday season I try my hardest to stay focused on my work and not get completely sidetracked. this year of course is no exception, and this year like every other year I'll keep dreaming! it's hard enough working through trying to sell your house and having to keep a neat studio, but like it happens every year, my studio is also now filled with Christmas boxes from the attic. I've decided to let it go and embrace what might be our last Christmas in this house. although I told everyone we're keeping it simple this year we keep finding more things to decorate and make for Christmas. 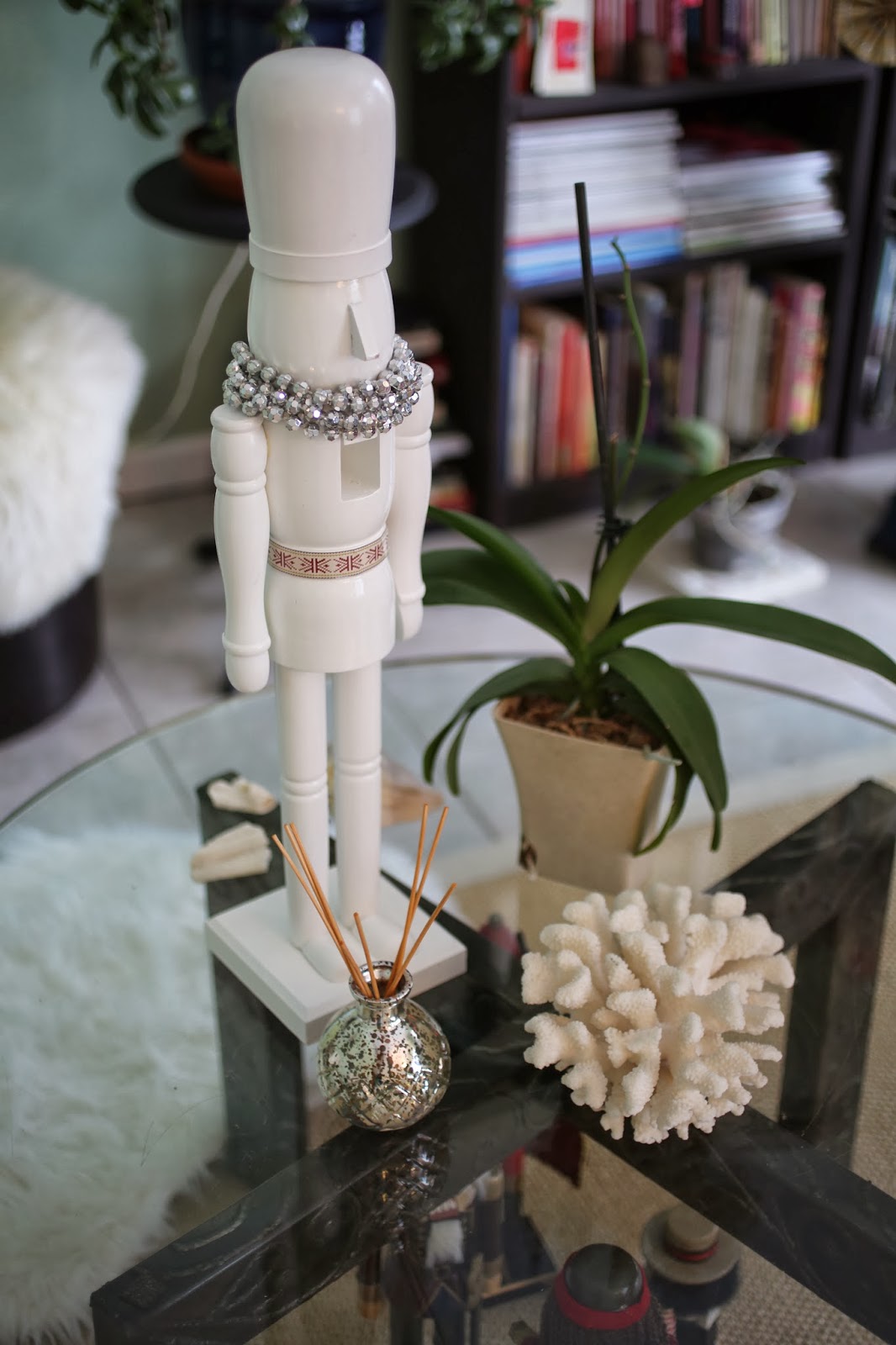 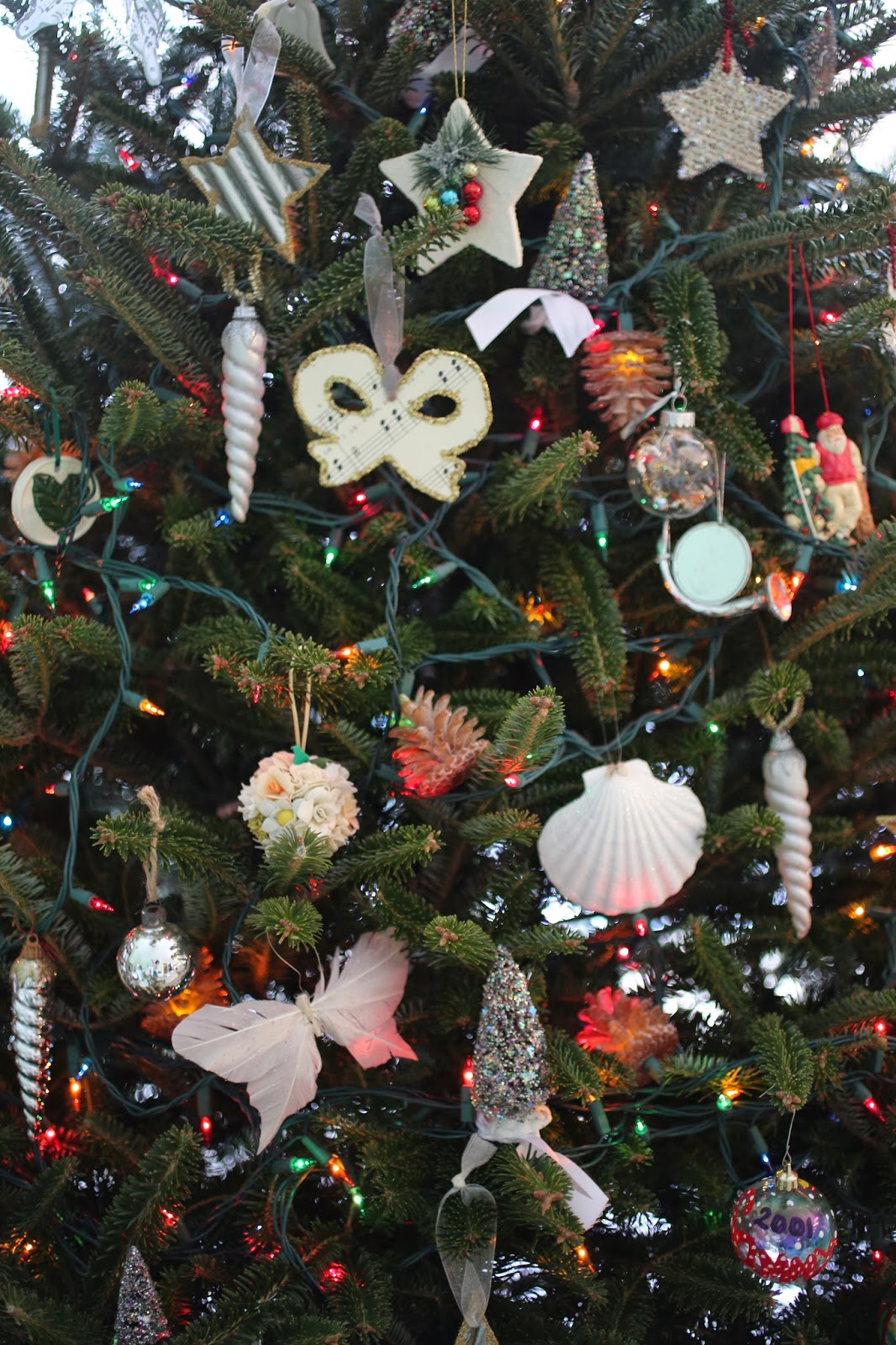 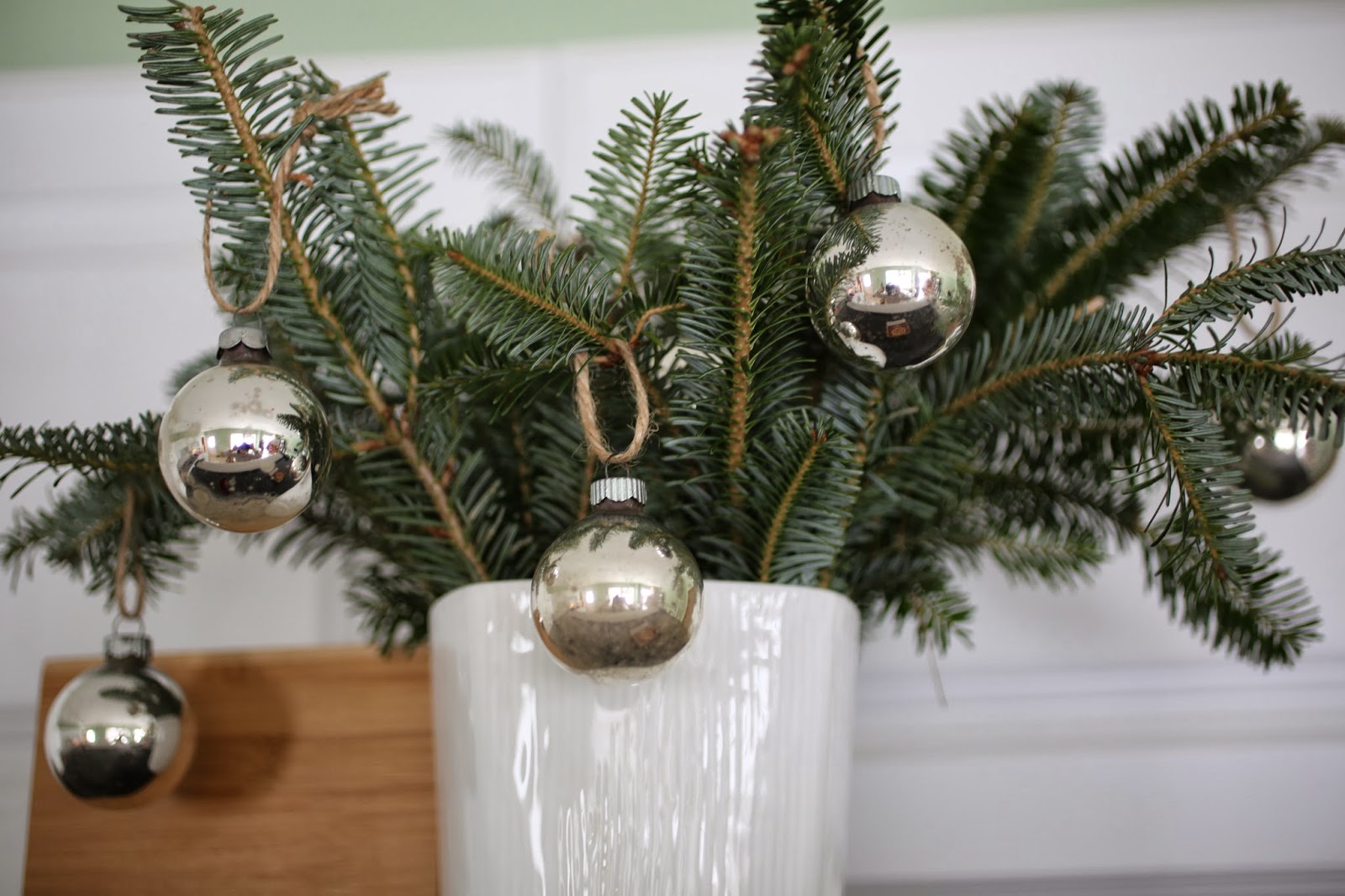 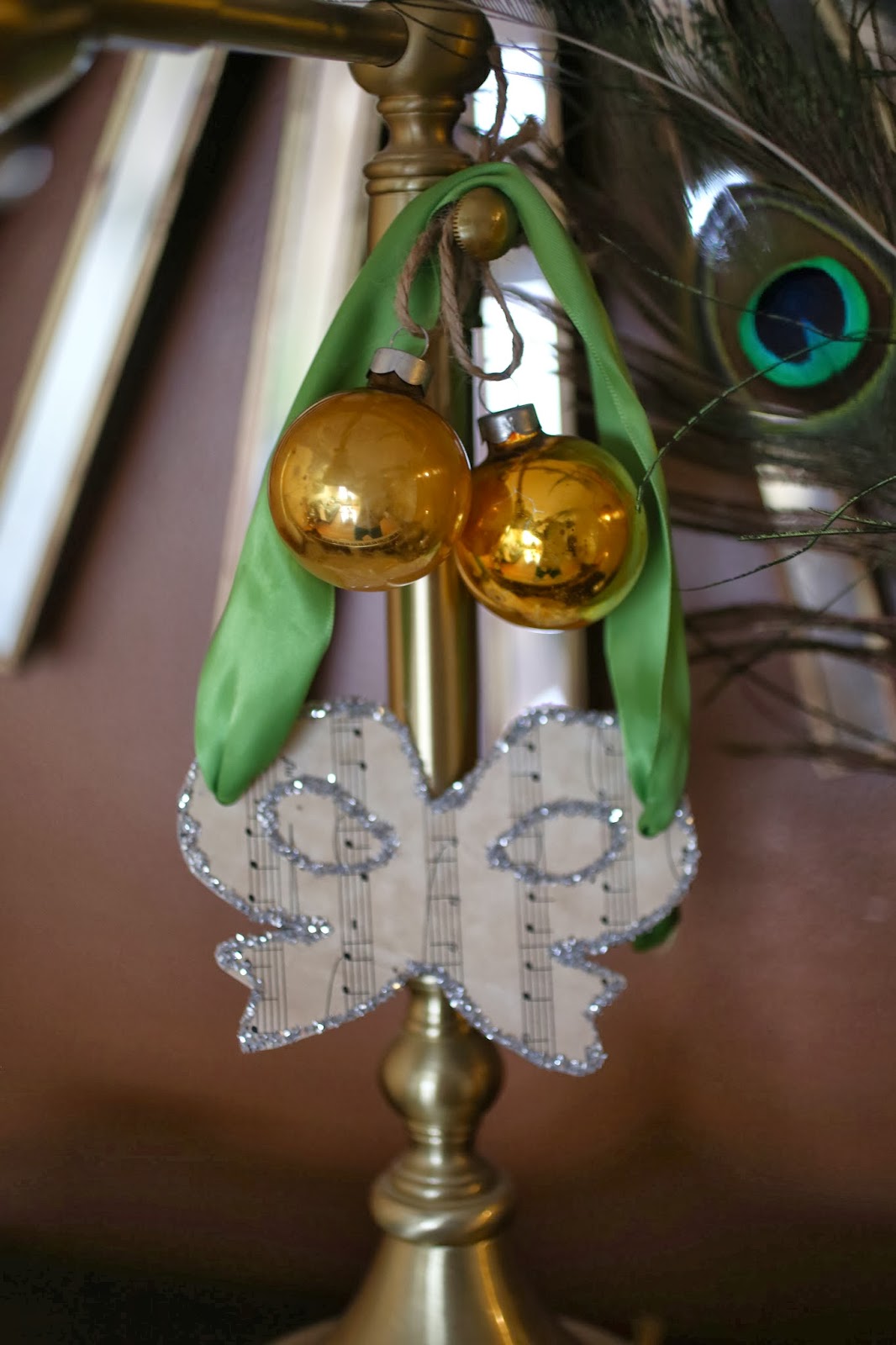 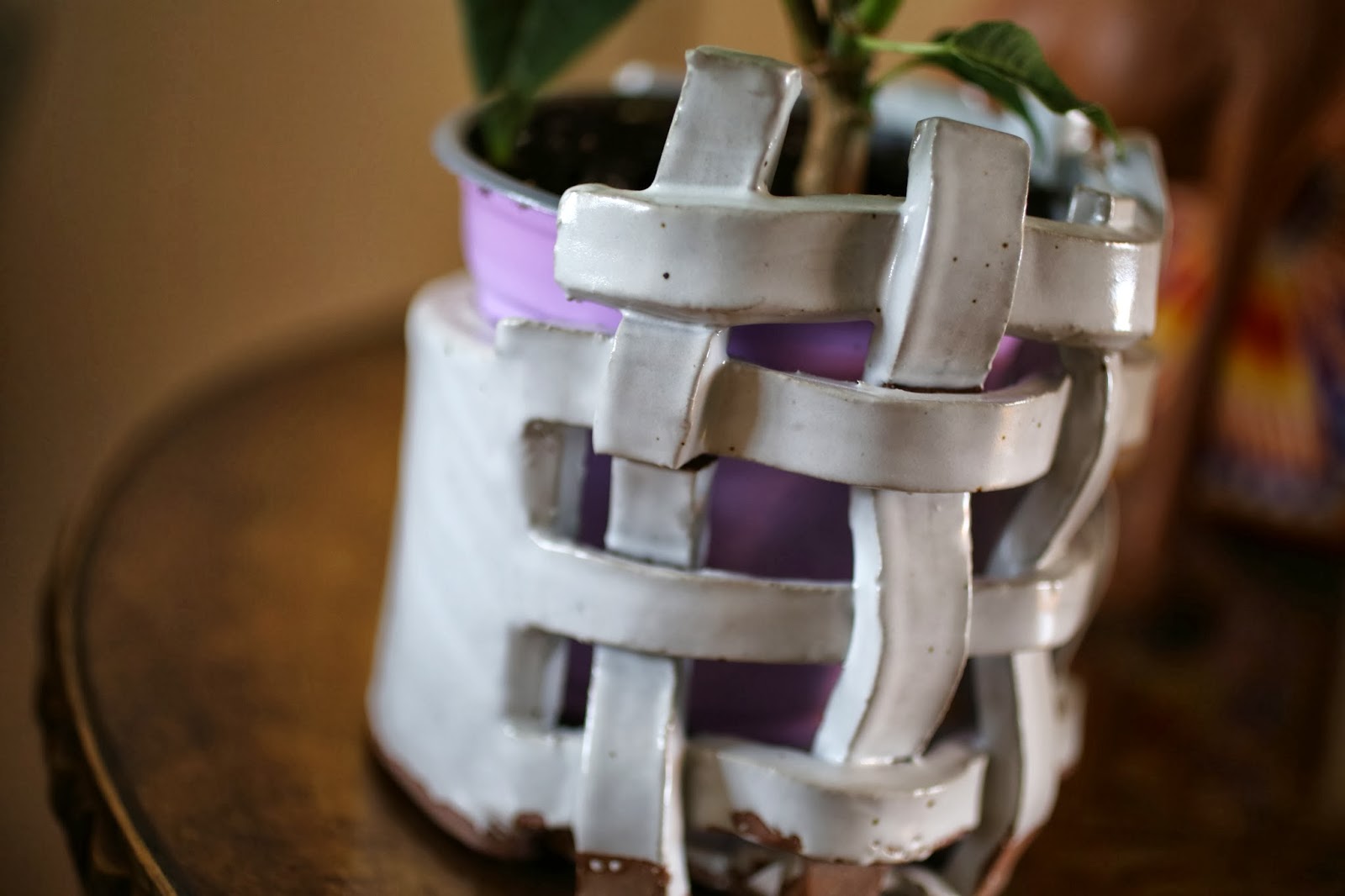 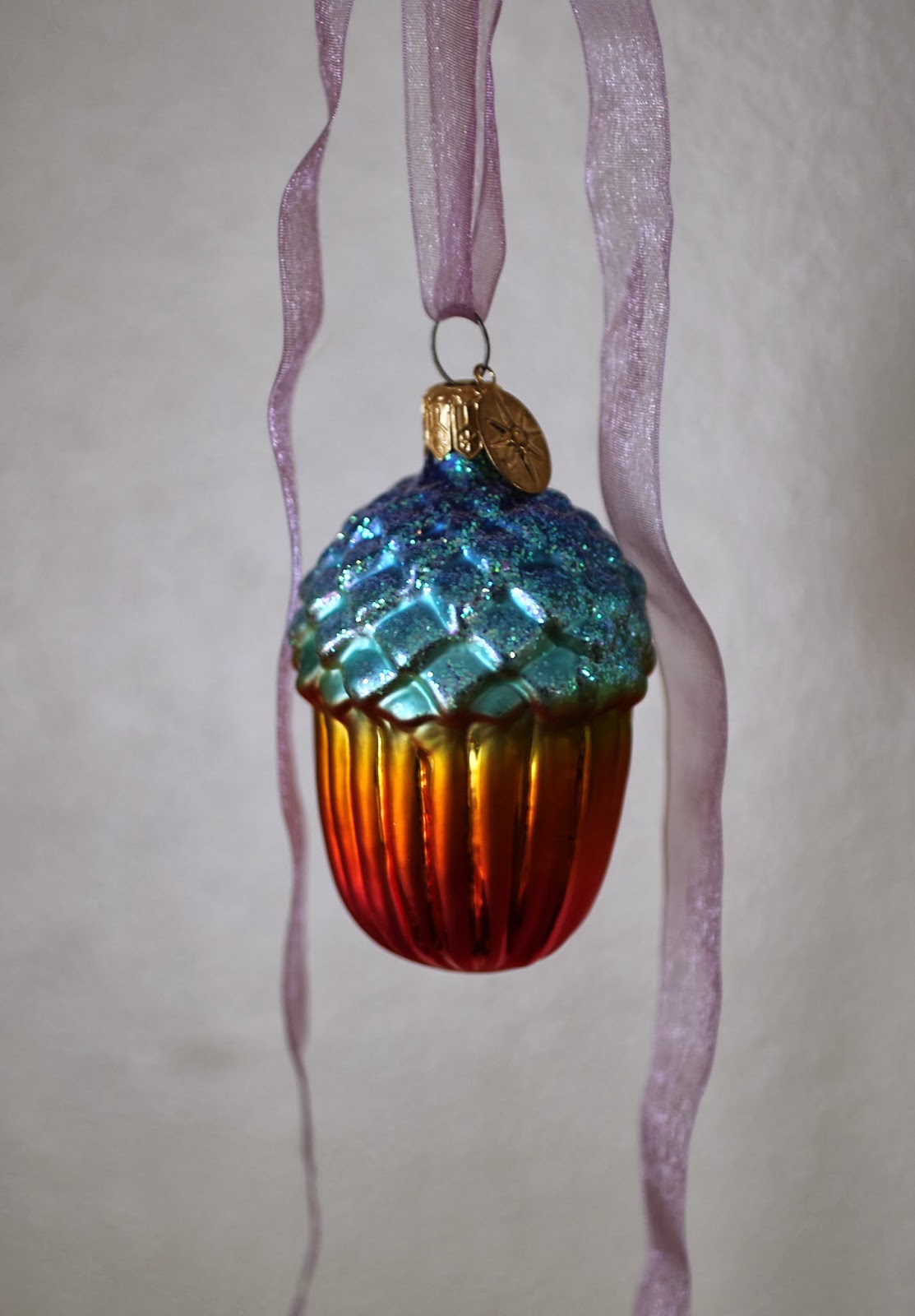 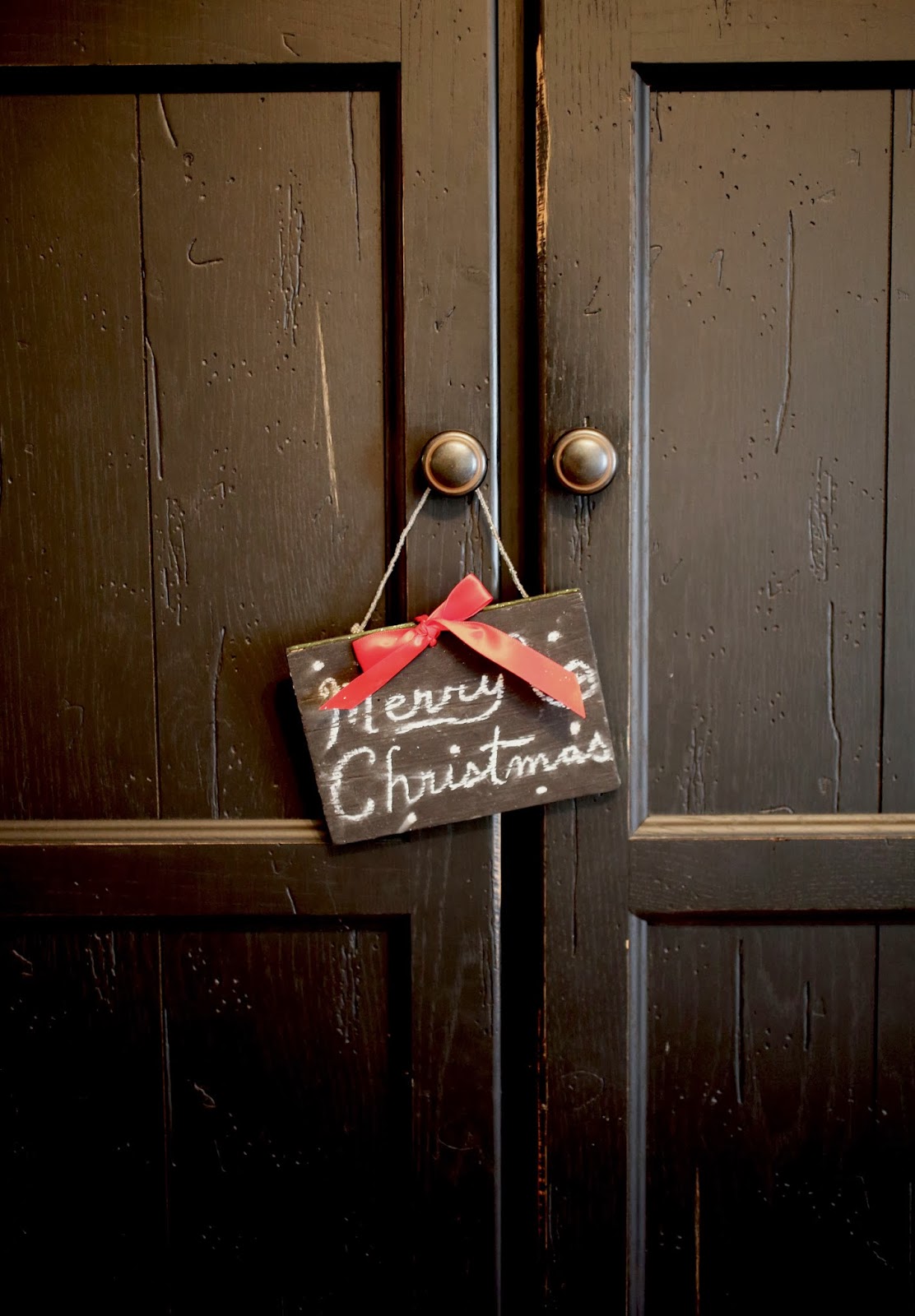 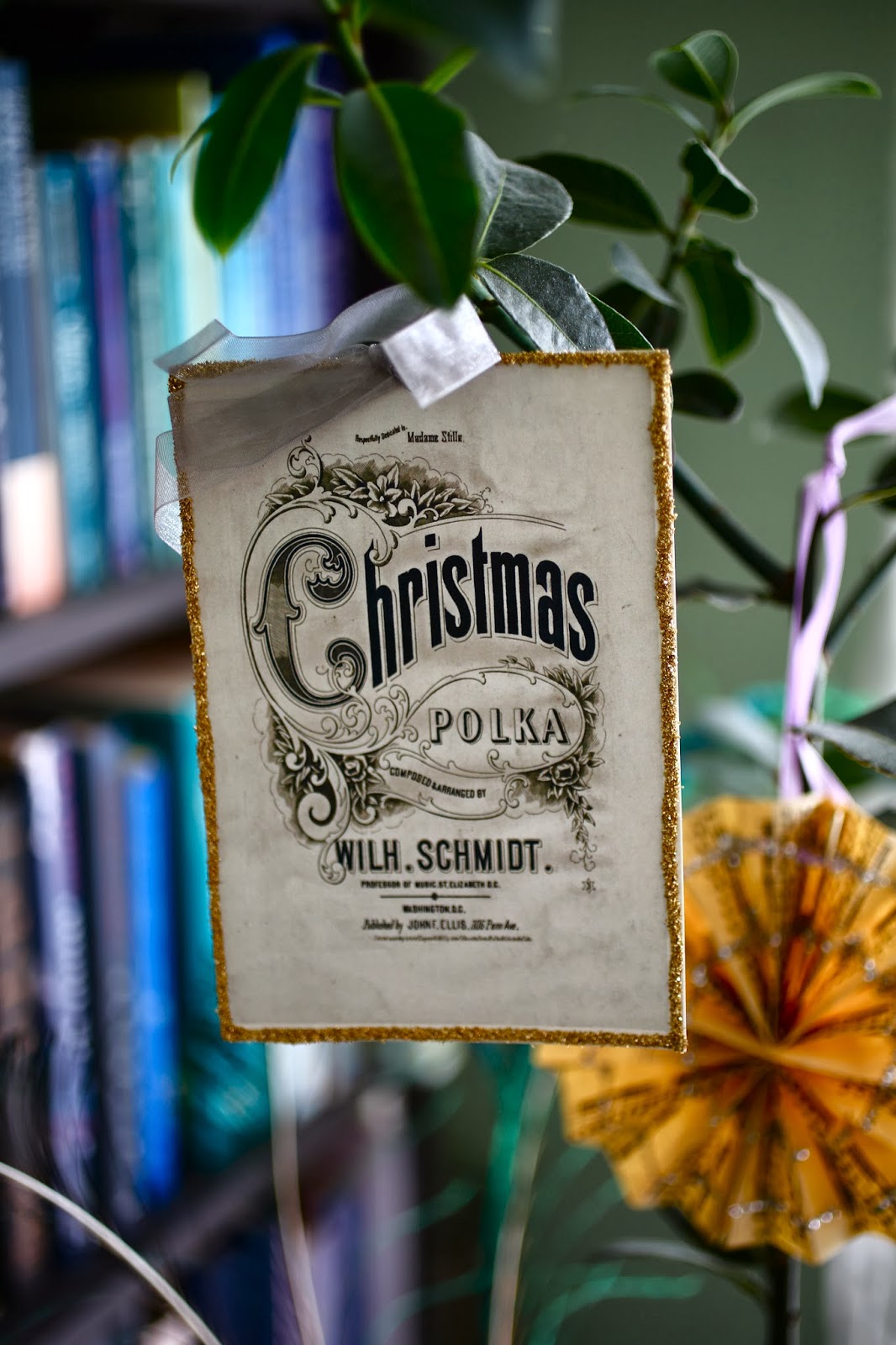 although there were a lot of things we kept in the box this year, simpler is better sometimes. in the end it's kinda nice getting sidetracked by such fun things to do with your family. this year I'm into it, hope you are too!